A judge on the Kentucky Court of Appeals has issued an order that, in effect, at least temporarily bans abortions in Kentucky unless needed to save the woman’s life or prevent permanent damage to a life-sustaining organ.

Judge Larry Thompson of Pikeville granted Attorney General Daniel Cameron’s request that he be allowed to enforce the “trigger law” the legislature passed to ban almost all abortions if the U.S. Supreme Court overturned its 1973 Roe v. Wade decision, which it did June 24, and another law banning abortion after the sixth week of pregnancy.
Thompson’s order “temporarily countermands an order from Jefferson Circuit Judge Mitch Perry to suspend enforcement of the laws while a legal challenge is pending,” explains Deborah Yetter of The Courier Journal. “Thompson’s order will remain in place while the appeals court appoints a three-judge panel to consider Cameron’s appeal and other matters, including his request that the case be transferred directly to the state Supreme Court for swifter resolution.”Perry’s ruling found that the two laws violate the rights to privacy, self-determination and religious freedom established by the state constitution and court decisions based on it.
Thompson said in his order that abortions performed while a legal challenge is pending “cannot be undone.”
The American Civil Liberties Union of Kentucky, which represents Louisville abortion clinic EMW Women’s Surgical Center, said it would appeal Thompson’s ruling to the state Supreme Court.

“Cameron had asked the appeals court for an emergency decision to immediately lift the injunction and also transfer his appeal of Perry’s decision directly to the state Supreme Court for faster resolution of his case seeking to enforce the two abortion laws,” Yetter notes. “Neither law contains exemptions for pregnancies resulting from rape or incest. . . . Physicians who violate the laws could be charged with a felony and subject to up to five years in prison.”

Voters could decide the issue Nov. 8, when they consider a proposed constitutional amendment that would say the state constitution does not create a right to abortion or government funding of it. 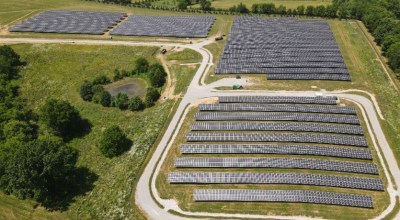 New school year on hold for much of flood-damaged…