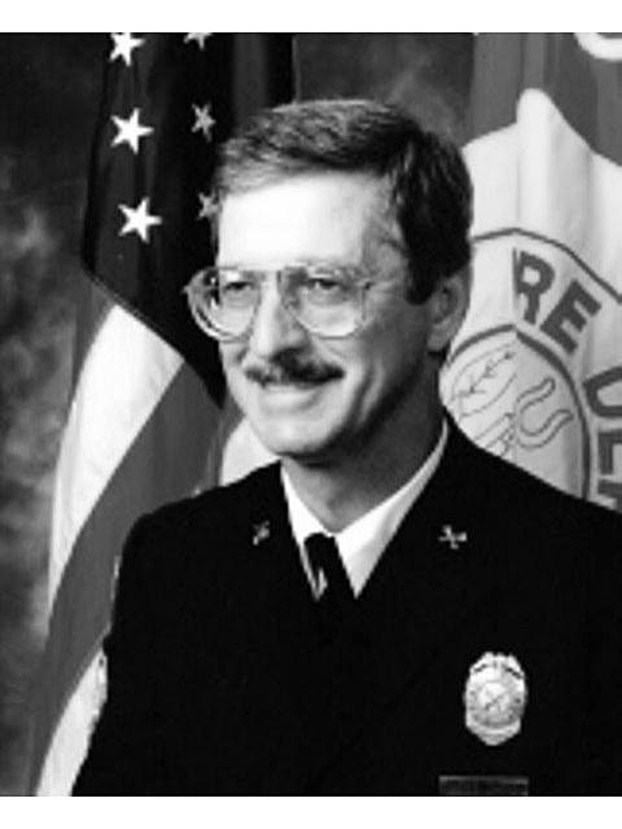 ed Captain with the Lexington Fire Department where he retired after 30 years of service. Dave was a member of Jessamine Christian Church and Lone Oak Golf Club. Known as “Dancin’ Dave” to his friends and golf buddies, he had a wonderful voice and enjoyed performing both in the church choir and at karaoke night gatherings with friends Hugh Cantrell and Charlie Johnson. He enjoyed playing golf whenever he had the chance, especially with his long-standing golf partners John Spickard, Steve Johnson, Jim Sprinkle, Lyn Brunker and Chuck Kelly. Dave even scored a hole-in-one at the golf course at Lone Oak. He will be remembered by all as a funny, cheerful, generous, and loving husband, father, grandfather, and friend.

Memorial Service will begin at 3 p.m. followed by a Celebration of Life and reception from 4-6 p.m. on Saturday, Feb. 3, 2018 at Clark Legacy Center in Brannon Crossing in Nicholasville. Memorial contributions may be made to Jessamine Christian Church or Bluegrass Hospice Care (formerly Hospice of the Bluegrass). www.clarklegacycenter.com

Services for Mr. Travis were held at Harrod Brothers Funeral Home on Thursday, Feb. 1, 2018 at 1 p.m. with Pastor Bill Bales officiating. Burial followed at Frankfort Cemetery. Military Honors were observed at the gravesite by the VFW Post 4075. Visitation was held at Harrod Brothers Funeral Home on Wednesday, Jan. 31, 2018 from 5-8 p.m. and from 11 a.m. – 1 p.m. service time on Thursday. Masonic Rites were conducted Wednesday evening at 7:30 p.m. by Hiram Lodge #4 F&AM and Hart Masonic Lodge #61 F&AM.

Mr. Travis was born in Frankfort, Kentucky on March 8, 1928 to the late Charles and Martha Tandy Travis. He proudly served in the US Navy during the Korean War, was a Kentucky State Trooper in Frankf ort, served two terms as a Franklin County School Board member, was the owner of Travis Photo Studio and retired as a Veteran’s Employment Counselor at the Veteran’s Hospital on Leestown Road in Lexington. He was a member of the Nicholasville United Methodist Church and Bethel Christian Church. He was also a member of the Frankfort Hiram Lodge #4 F&AM and Nicholasville Hart Masonic Lodge #61 F&AM, and the Oleika Shrine Temple. He was the President of the High Bridge Community Association, served on the Kentucky River Task Force, the past Chairman of the High Bridge Homecoming Festival Committee, and numerous other organizations. He lived a life of service to his community and dearly loved his family.

Arrangements are under the direction of Harrod Brothers Funeral Home. Condolences may be shared via the online guestbook at www.harrodbrothers.com.

Beuna (Boots) Woolums went to be with the Lord early Monday morning.

A positive force of nature, she touched the lives of countless people with uplifting text messages, posts, and prayers. She loved her family and lit up with pride as she spoke of them. As an employee of Wilmore Elementary School for many years, she was involved in the lives of countless children. She pushed you, helped you find your way but most of all she loved you in a way only Boots could do.

Services will be held on Thursday Feb. 1 at Betts and West in Nicholasville, Ky. Visitation today 4-7 p.m. with a celebration of life starting at 7 p.m. Boots loved the Lord, loved her family and her humble, positive uplifting life will be greatly miss. I love you Mom. Online guestbook at www.BettsandWestfuneralhome.com

Susan Elizabeth Rhineheimer Johns, wife of Creed Johns for 70 years, died on Jan. 28, 2018.  Susan was born Nov. 27, 1926 in Jessamine County. She was the daughter of the late George Rhineheimer, Sr. and Anna Elizabeth Buffin Rhineheimer.

Susan retired from The Farmers Bank where she served as teller and bookkeeper. She was a member of Crosswoods Baptist Church.

Funeral service will be 12:30 p.m. Wednesday at Betts & West Funeral Home with Pastor Stephen Bruce officiating. Visitation will be from 9 a.m. Wednesday until time of service. Pallbearers will be grandsons, great-grandsons, and other family members. Burial will be at Camp Nelson National Cemetery. Memorial donations suggested to Bluegrass Care Navigators (Hospice) or Crosswoods Baptist Church. The family wishes to express gratitude to all her gentle, loving individual caregivers as well as those from Caretenders and Hospice.

By Glenn McGlothlin glenn.mcglothlin@jessaminejournal.com When Matthew Hind and Shayne Rogers first looked for a location to rent for their barbecue... read more