Retiring Wilmore principal given key to the city 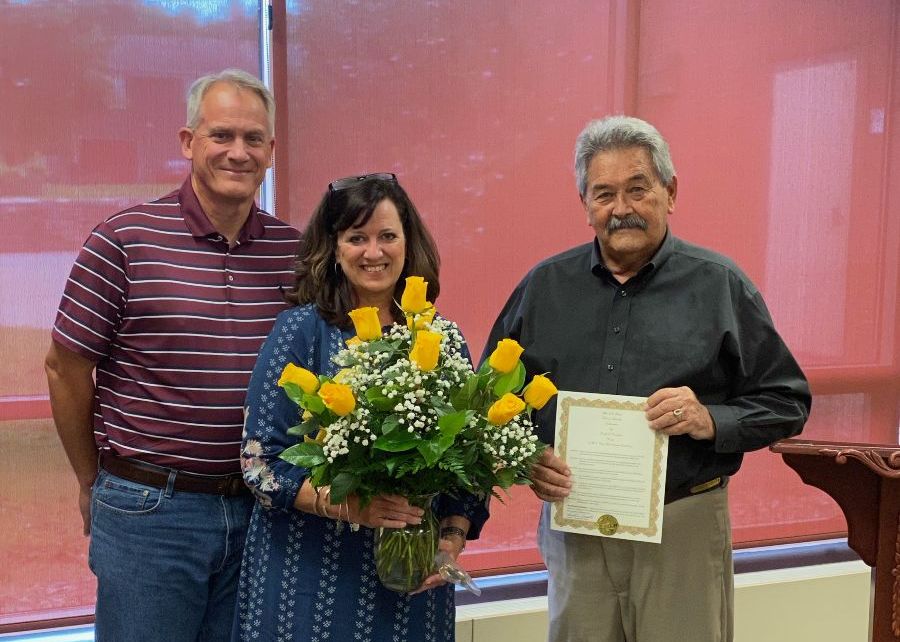 Courtesy of the City of Wilmore

Retiring Wilmore Elementary School principal Mrs. Dawn Floyd was given a key to the City of Wilmore at the July 19th city council meeting by mayor, Harold Rainwater. She was accompanied that evening by her husband, Michael. Mayor Rainwater’s proclamation read:

Office of the Mayor

To All To Whom These Presents Shall Come:

WHEREAS, She began working as a substitute teacher in Jessamine County in 1987 before working at schools in Florida for a few years and,

WHEREAS, She returned to Jessamine County and started teaching at Brookside in 1991 and then at Rosenwald-Dunbar in 1992 and,

WHEREAS, In 1993 she moved to South Carolina and taught there for a year before returning to Kentucky. She taught in Fayette County for several years and at Wilmore from 2001-2004 and,

WHEREAS, She taught for two years at Rosenwald-Dunbar before becoming the Assistant Principal/Curriculum Resource Teacher at Wilmore Elementary in 2007 and,

WHEREAS, She was named the Principal at Wilmore in 2013. She retires this July after serving as Principal for eight years.

IN WITNESS WHEREOF, I have here unto set my hand and caused the Seal of the City of Wilmore, Kentucky to be affixed this nineteenth day of July in the year of Our Lord, Two Thousand and Twenty One.

Thanks to Mrs. Dawn Floyd for her many years of service benefiting Wilmore students.