A man involved in a shooting associated with the Nicholasville Police Department has died.

Twenty-two-year-old Desman LaDuke died of a gunshot wound after he was transported to UK Medical Center, the Fayette County Coroner’s Office told the Lexington-Herald Leader on Sunday.

In a news release, the Kentucky State Police said that the police department requested it investigate an incident that occurred just before 1:30 p.m. on Oct. 22. The NPD responded to a suicidal subject at a residence on Green Street and was confronted by an armed individual

State police troopers and detectives, and the critical incident response team, responded to the scene, according to the release. The investigation into the incident remains ongoing.

“KSP has statewide jurisdiction and investigates officer-involved shootings throughout the Commonwealth as requested by local, state, and federal law enforcement agencies,” the release says “KSP is committed to being transparent while ensuring the integrity of the investigation. To protect the integrity of an ongoing investigation, it is KSP’s standard operating procedure not to release specific details until vital witnesses have been interviewed and pertinent facts gathered. Timelines to complete investigations vary based on the complexity of the case.” 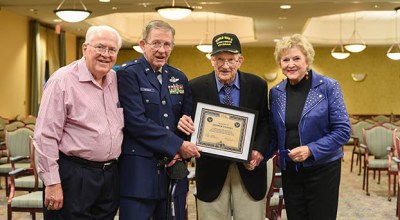