Cats impact freshmen will only get better 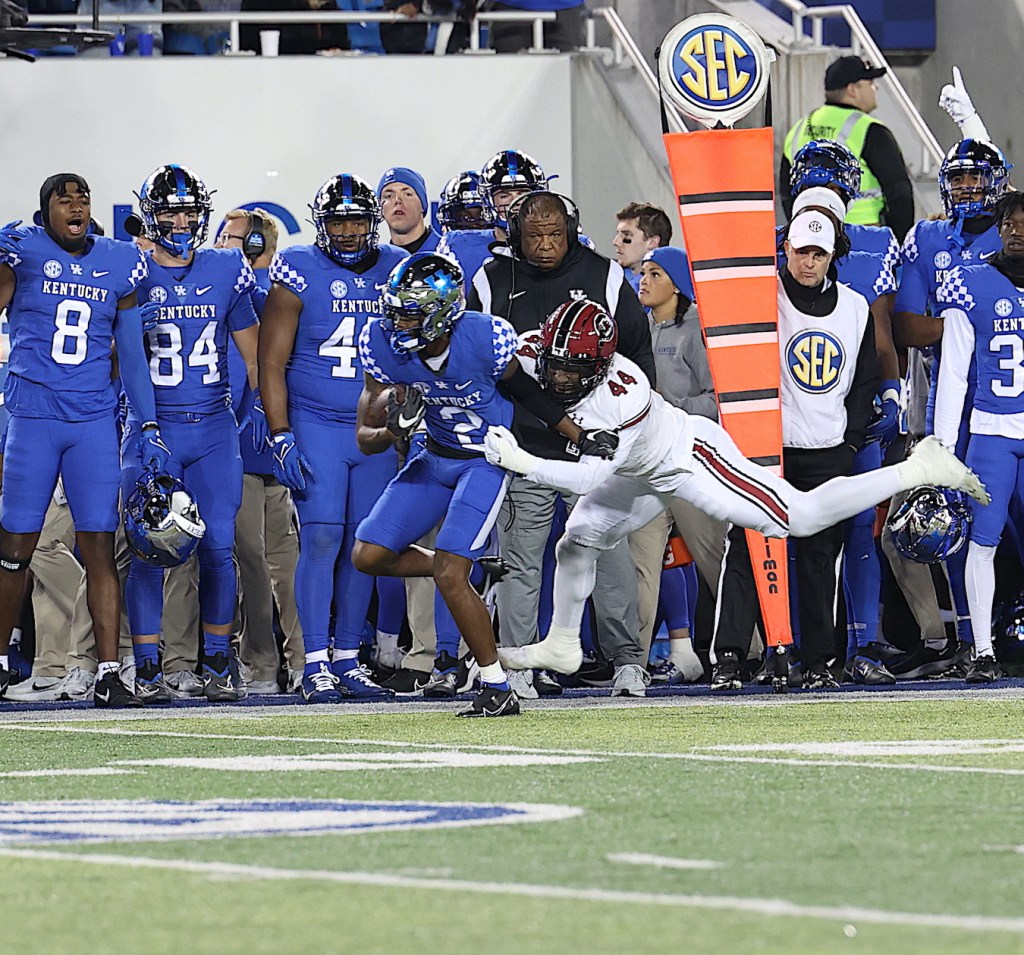 Seven true freshmen — Barion Brown, Dane Key, Deone Walker, Alex Afari, Keaten Wade, Josh Kattus and Kiyaunta Goodwin — have already played too many games to be redshirted and have coach Mark Stoops even more excited about their futures than when the season started.

“He’s getting stronger, getting adapted to the speed of the SEC. He’s got that. Very, very talented,” Stoops said. “You see it every day. It’s nice to see the youngsters out there because they seem to be able to play forever, which you love because they’re right back on the field on Monday and Tuesday, and practicing fast, playing fast, and looking good.”

Brown has 17 catches for 288 yards and two scores and is averaging 47.7 yards per kickoff return with one 100-yard touchdown.

While Brown is a starter and already a three-time SEC honoree, defensive coordinator Brad White is just as happy with reserve linebacker Wade.

“Definitely shown improvement. It helps him from a confidence standpoint to get reps,” White said. “He is at his best when he believes what he is doing is right. He is such a great young man.

“He reminds me of a young Josh Paschal in that he always wants to do the right thing. At some point when Josh was settled into the system, I would tell him sometimes it is okay to cut loose and go be a football player. When you are a young player you want to do it right and don’t want to let those other guys around you (down).

“He is so conscientious about trying to do everything right but the more confidence he gains in himself, the more he can just cut loose. I have seen flashes of it and am looking forward to seeing more.”

Goodwin, an offensive tackle, has played the least of the seven freshmen who have played four games or more. He was also the highest rated recruit in the group but Stoops has no problem with his work ethic.

“He’s working his way into shape and I believe will be a very good player. When that is, we don’t need to rush people,” Stoops said. “Look at guys that have been here. They blow up as a fourth-year player or fifth-year player.

“You just never know. Some guys are ready to go early, not many are. It’s a hard game to play, it’s a hard position to play. He will be good in the right time.”