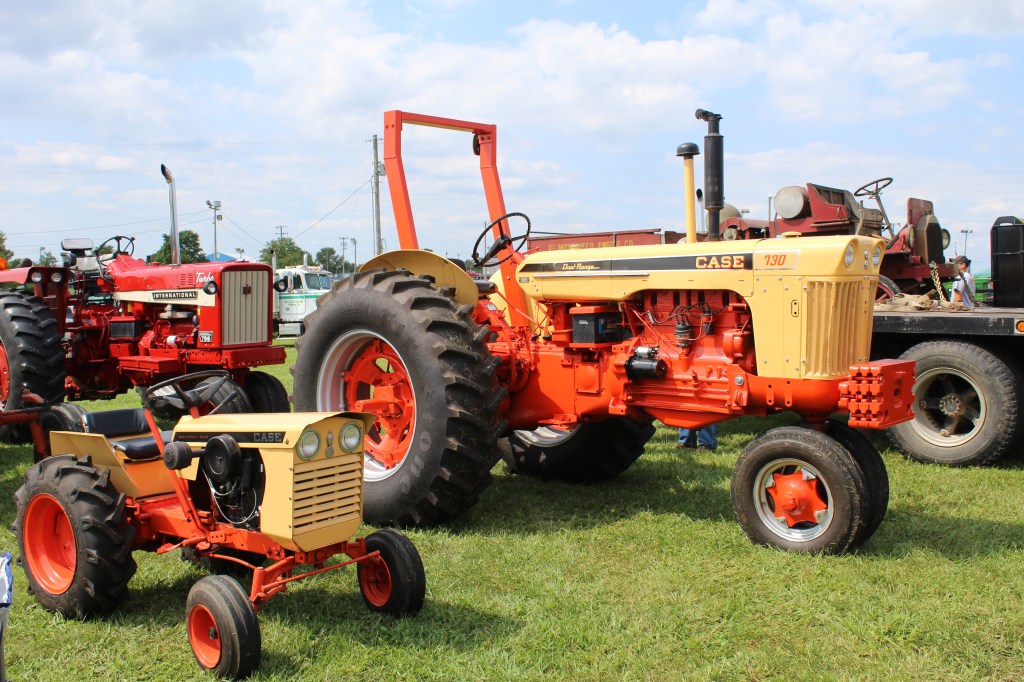 The event's highlights were the antique farm machinery and the dessert auction, with part of the proceeds going to different charities. (Photo by Stephanie Riggs)

For the 35th consecutive year, the Jessamine County Antique Farm Equipment Association held its fall festival and tractor show at the Jessamine County Fairgrounds on Saturday, September 17, right after the Friday night dessert auction. Chris Riggs, president of the club, sets up this event each year with his wife and secretary, Stephanie Riggs, vice President Robbie Parks, treasurer John Stanhope, and non-officer members of the club.

To Chris Riggs, the best part of the show was an antique vehicle from the Lexington Fire Department.

“[The] Lexington Fire Department still has the first motorized fire truck that they ever bought, I think from 1914. We actually had it in here this year.”

Riggs said there was a good crowd this year, with a large variety of people. This event isn’t exclusively for farmers. “It was probably the best show we’ve had,” Riggs said.

The fall festival welcomes people of all ages. A kids tractor pull competition took place, and there were plenty of farm toys to entertain children during their time at the festival. There were also a few vendors selling farm toys.

To help raise money to run the event, the group holds a dessert auction every year before the festival. This fundraiser proved to be popular among locals plagued with a sweet tooth.

The auction had everything from chocolate pies and jam cakes to pecan pies and banana nut bread, all homemade by members of the association. Proceeds from Friday night’s auction went to the association and paid for concession supplies for the festival.

Proceeds that don’t go into insurance for the event, concessions, or the association are donated to Future Farmers of America, 4H Camp, Thompson-Hood Veterans Center, the Camp Nelson Honor Guard, and other local charities.

This event has been put on every year since 1987. Even Covid-19 couldn’t stop the festival from happening.

“In 2020, during Covid, we did not have a show on the fairgrounds, but several of us did get together on the farm and held our own show just so we could say we’ve had a continuous running show,” said Riggs.

To get involved with the Jessamine County Antique Farm Equipment Association, contact President Chris Riggs at 859-396-3650. The association also has a website you can visit here, http://jcafeinc.com/club-background. There is also a Facebook page you can message at https://www.facebook.com/jcafeinc.

Dues are $20 a year, and anyone is welcome to join.