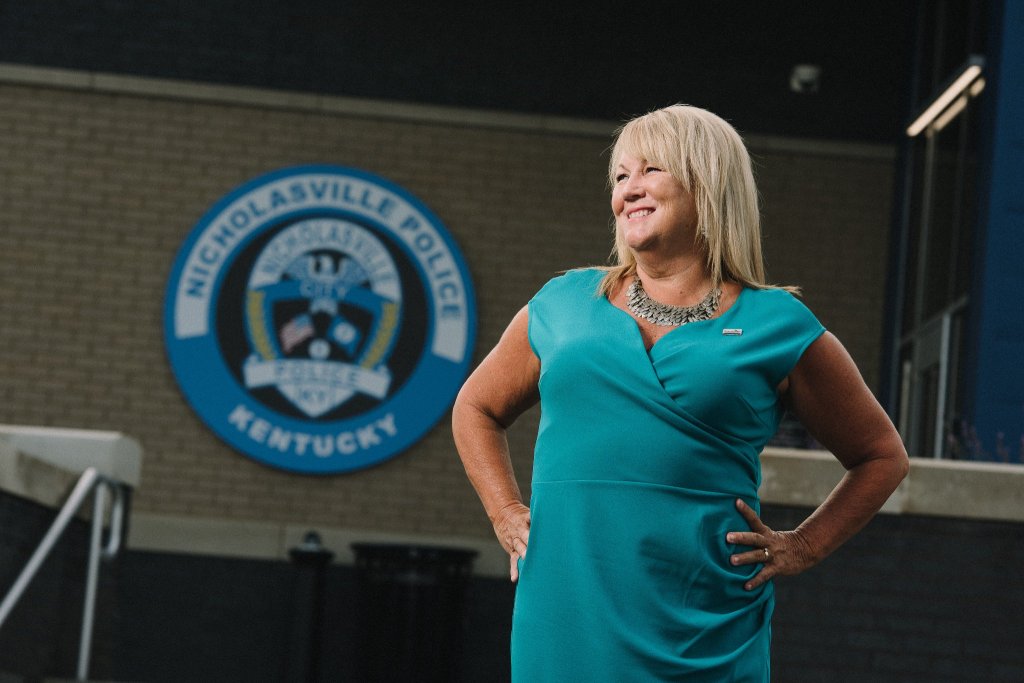 She worked as a buyer for the McLane company for five years but has spent most of her adult life working for the Jessamine County Board of Education as a data technician. Last year, she retired.

Teater has spent around 40 years in public service, taking a six to eight-year break to raise her children. She started serving on the Chamber of Commerce board in the 1980s as her first foray into public service, serving as an officer and vice president. She was also involved with the Arts Council and PTO before her current position.

At the beginning of the month, Mayor Pete Sutherland signed a proclamation declaring August “Women in Local Government Month” to recognize the women who lead in the city.

There hasn’t been a woman in a leadership role in Jessamine County government since the last magistrate.

“Most of the time, you’re looking at 20-30% of any kind of government body made up of women, and you know, here we are at three-fifths. We’re kind of leading the way, and that’s something we’re really proud of.”

When there was an opening on the commission in 2016, Teater had already been thinking about running for a while. She didn’t run because she was unhappy with the commission’s decisions. She had just always been interested in community service.

“My husband actually worked for the city of Nicholasville,” said Teater. “But he really didn’t want me to do that while he was employed there. You don’t want your wife being your boss kind of thing. But, he worked there for 37 years, and I thought, I’m not waiting any longer. I said I’m gonna run, and you can do what you need to do!”

Teater said she could be headstrong when people tell her she can’t do something. Residents complained about dim lights downtown, and Teater was told that the state wouldn’t do it because of light pollution. She didn’t accept that. The new LED lights downtown can be attributed to her self-proclaimed headstrong trait.

Teater is excited to see young women interested in these roles and fighting to be heard.

“I mean, It’s exciting. It’s an exciting time, and I’m proud of our citizens in Nicholasville for having the faith in us to put us in office. In Nicholasville, we’re leading the pack as far as having the confidence to put the right people in there instead of putting the right gender in there,” said Teater.