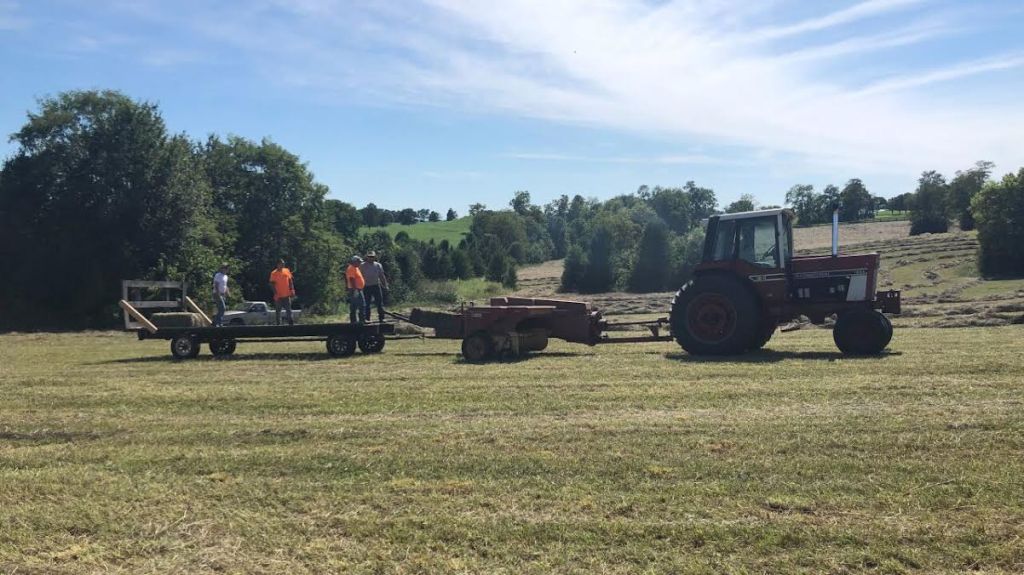 “We always look to help others out, Jessamine County as a whole, we want to reach out to those who need assistance”, said Jessamine County Jailer Jon Sallee. “[The inmates] were thrilled to help with this project. This was their opportunity to help and give back.”

The road department crew chief, William “Dooder” Hager, thought of those who were affected as soon as news of the floods in Eastern Kentucky broke. He wanted to help as much as he could, and quickly realized that farmers are often overlooked when communities are struck this hard. He began coordinating efforts to collect the hay from Jessamine County to be donated.

“It takes a village to support a community”, said Dooder. “The farmers learned we were coming and were tickled to death to see our haul. I learned from a farmer he lost all his winter hay storage in the flood, and that can cost a pretty penny to replace.”

All the hay was distributed to individuals in need to care for their livestock, and assist their farms, their livelihood. Jessamine County Fiscal Court is grateful for employees who want to support communities struck by disaster. The inmates who volunteered to assist were exhausted from the day’s work, but proud to be able to say they helped Eastern Kentucky flood victims. All those involved agreed, “it’s the Kentucky way, we work together”.
For more information, visit www.jessamineco.com, “Like” Jessamine County, Kentucky on Facebook, or call 859-885-4500.