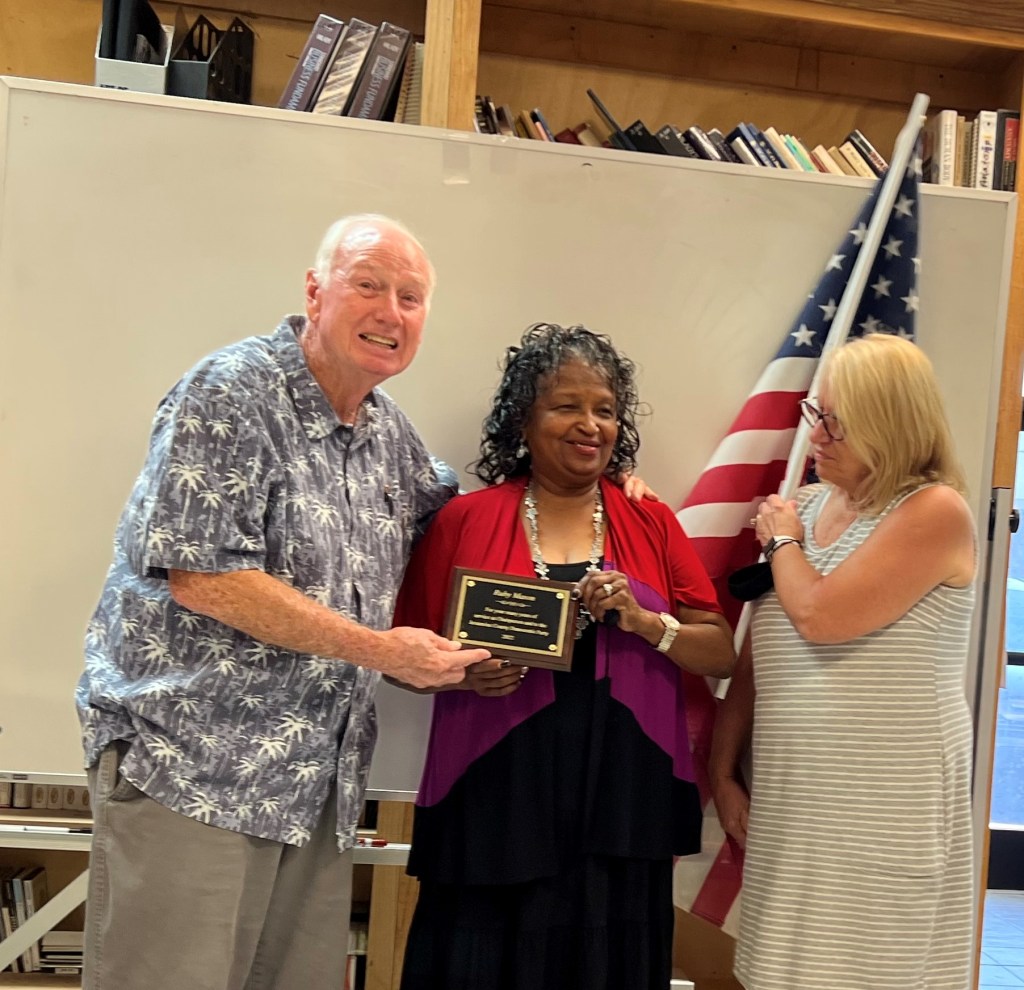 Ruby Mason is a pillar of the Jessamine County community.

Mason grew up and received her education in Joliet, Illinois. She has been in Jessamine County for 26 years. For work, Mason is a realtor with RE/MAX Elite, working with four central Kentucky offices.

Though some may think real estate is enough to fill a person’s plate, Mason has devoted her life to the political process.

The Democratic Party is not the only way Mason has served her community. This service is through multiple roles; as an Ambassador for the Jessamine County Chamber, a board member of the United Way, a board member of the Jessamine Food Pantry, a chairman for the housing authority, a commissioner for planning and zoning, the director of the board of realtors, and a Sunday school teacher at First Baptist Church Nicholasville.

She was also the president of the Nicholasville Rotary Club and the Democratic Women’s Club. Mason said these are only a few ways she has served Jessamine County.

“As a citizen of this great community, I feel it is my duty as a citizen to take an active part in the different areas that may affect the citizens. That is my reason for not sitting on the sideline and complaining, but to get involved and help to make this a better community for all,” said Mason.

Mason has seen a lot in her lifetime. From the success of her home builder husband, Jesse E. Mason, as the first Black man to be licensed as a used car dealer in Kentucky to her everyday life experiences as a Black woman working in Kentucky politics.

The Voting Rights Bill wasn’t signed until August 1965. This bill outlawed discriminatory voting practices adopted in the south after the Civil War, including literacy tests as a prerequisite to voting. Although former President Lyndon Johnson signed this bill, activists like Martin Luther King, Jr., Ralph Abernathy, and Clarence Mitchell fought for this as leaders of the Civil Rights Movement- with thousands of organizers working alongside them.

Though voter suppression now works in more covert ways than pre-1965, Mason works to ensure people recognize the importance of being involved in the democratic process.

“I learned from my parents and grandparents how difficult it was for them to be able to vote. I feel as many of you should know that the way has been paved for our generations and generations to come to get out and vote,” said Mason.

Lee Walker, the chair of the Jessamine County Democratic Party, has known Ruby for about 12 years from their collective work for the party. He said she had seen a lot as a young person, and as soon as she turned 18, she immediately registered to vote and began working diligently to get involved.

“She’s worked basically to just keep us going in a time when things like the Republicans have got a strong hold on us in this state, and she’s kept us going and afloat in getting the word out,” said Walker. “It was a pleasure for me to work with Ruby; I enjoyed it. We got along good. We had the same thoughts. We helped each other in times we needed to get things done, plus we thought alike to a great extent.”

“If every citizen would take just one step to improve our community, it would be a much better place for all of us to live. We need to know our city officials, our police, our firemen and women, our educators, our bankers, our business owners, and anyone that serves the community. This is where you spend your hard-earned money, get to know the people you are giving it to,” Mason said.