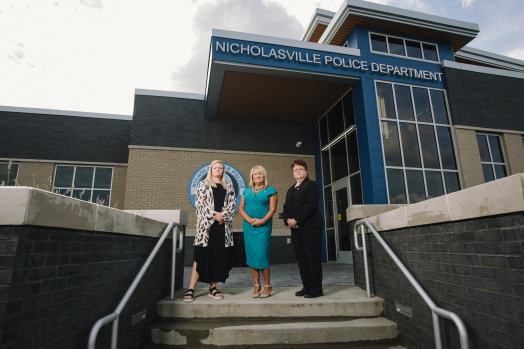 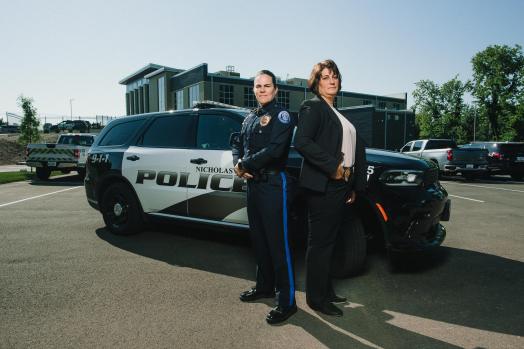 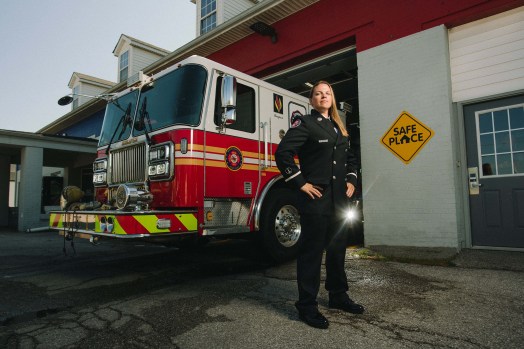 At the City Commission meeting Monday night, Nicholasville Mayor Pete Sutherland signed a proclamation designating the month of August “Women in Local Government Month” in the City of Nicholasville. The percentage of elected officials who identify as women in states across America is 30%. In the state of Kentucky, Women represent 34.1% of municipal officeholders. Though the nationwide numbers show that women are underrepresented in governments, currently, women represent 60% of the Nicholasville City Commission and elected government.

Women in city leadership roles extend beyond elected government and across departments. Women serve as department heads and ranked members of the Police and Fire Departments.

“When we looked around at who was running the ranks of our City Government, we realized that in Nicholasville, we rely heavily on women leaders,” said Sutherland. “It’s just not that common to see that, so we wanted to recognize the women who make these important contributions and celebrate them.”

The proclamation recognizes the disparity between numbers of men and women leaders often found in government. By recognizing the women who lead today, the City hopes to encourage the next generation of women to consider roles in local government.

“When girls and young women in our community are considering careers, we want them to know they have opportunities to work, grow, and lead in our city,” said Patty Teater, Mayor Pro Tempore and City Commissioner. “We have women leading departments in water quality and water treatment, in finance, in administration. We have women who fight fires and who fight crime. Our elected City Commissioners are three-fifths women. We want them to see that opportunities abound!”  As celebrations of women in government continue, the city will offer panels both with the Jessamine Chamber of Commerce and the Jessamine County Public School featuring some of the women in leadership positions in the City. These women will be available to answer questions, share success stories, obstacles they faced and how they overcame them, and more. Additional details will be announced on the City’s social media and shared through partner organizations.