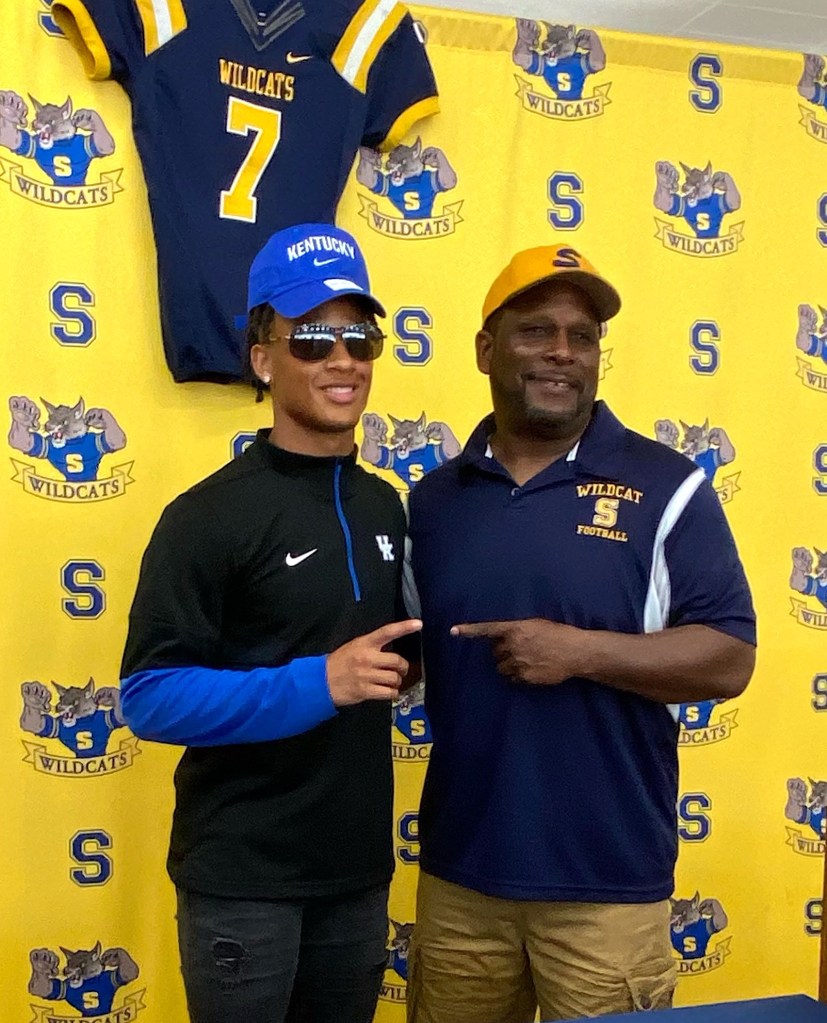 Kentucky has some terrific freshman receivers on campus this year which makes sense after what offensive coordinator Liam Coen and quarterback Will Levis did with the offense in 2021.

However, Kentucky also already has two big-time receivers — four-star prospects Anthony Brown and Shamir Porter — committed for the 2023 class even though the Cats have a new offensive coordinator (Rich Scangarello) and Levis figures to be NFL bound after this season ends.

“I think it shows the direction coach (Mark) Stoops and his staff have the program headed. They have done a tremendous job the last 10 years and kids believe in the NFL-style offense they have now and know coach Stoops will have a quarterback to make it work,” said Maurice Douglass, Brown’s high school coach in Springfield, Ohio, and a 11-year NFL defensive back.

“I think he could be that good,” Douglass, a former UK defensive back, said. “I thought Wan’Dale did a tremendous job for the Wildcats. I really see a lot of Wan’Dale in Anthony but he’s also a blend between Wan’Dale and Lynn (Bowden).

“Anthony has the ability to get in and out of breaks. He might be more polished than either Wan’Dale or Lynn coming into college because he has played the position (receiver) more than they did in high school with Lynn being a quarterback and Wan’Dale a running back. Anthony is already so polished and explosive and could be a really great player.”

What makes him so special to even be mentioned with Robinson and Bowden, two great playmakers at UK?

“His suddenness. His first step off the line he climbs on you. As a defender, he steps on your toe,” Douglass said. “He is able to get in and out of cuts extremely well.”

Douglass has known Brown since he was in fourth grade and has watched him work to make himself a special player. The coach calls him a “grinder” who will work out three or four times a day.

“We had to shut him down last year because he was training too much. Not a lot of kids do that,” Douglass said. “He will go to a trainer in Dayton or Columbus but then still work out with us because he wants to be special.”

Brown, who has a brother who plays receiver for Minnesota, missed three games last season because of a shoulder injury.

“We had three receivers with over 800 receiving yards last year and all had over 40 receptions,” Douglass said. “Our quarterback had a little under 900 yards rushing and we had two running backs with about 500 yards each rushing. We had an explosive offense and expect to have the same thing this year and I am sure he will put up some crazy numbers again. I think he should have 65 to 70 catches or more.”

Brown actually played cornerback some as a sophomore and had two interceptions and five pass breakups.

“I told him two weeks ago if something happens to our first corner, he’s going in,” Douglass said.

“He’s more like 5-9 and now teams are looking for 6-1, 6-2 corners. His toughness cannot be questioned,” Douglass said.

That toughness is aided by not only the schedule Springfield plays — “We think it is one of the tougher schedules in the state,” Douglass said — but also the level of competition Brown faces daily in practice.

“We like to believe our practices are tougher than our games. Every day you are going against a kid who is going to probably be playing college football,” the Springfield coach said.

That includes 6-1, 160-pound junior defensive back Aaron Scott, a four-star prospect with almost 20 Division I offers, including Kentucky.

“Our other corner has six or seven offers and one safety has three offers. Our other safety is a junior and first-year defensive back but has a lot of talent,” Douglass said. “Our one-on-one battles are good every day and it prepares our guys to go out and work.”

Douglass says Brown is not only a talented, hard-working athlete but also is a special person.

“Every day during the school year during his lunch period he comes down and sits at my desk,” Douglass said. “He is a guy you want your daughter to marry. He is just a great kid off the field. Very well mannered. His parents just did a great job raising him.

“He is a great decision maker. He goes out but not to party like a lot of kids do now. He’s very responsible and makes sure he does the right things.” 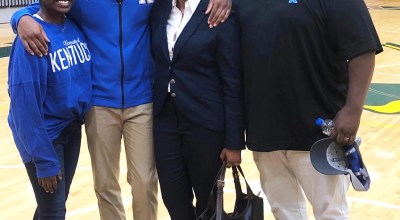 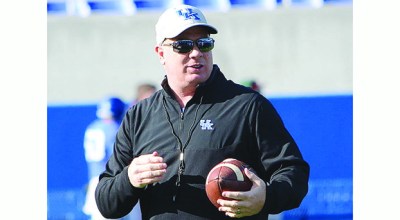 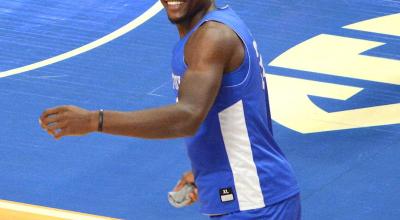 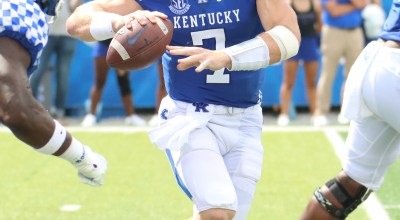 UK’s Horsey appreciates how much the late John Schlarman…