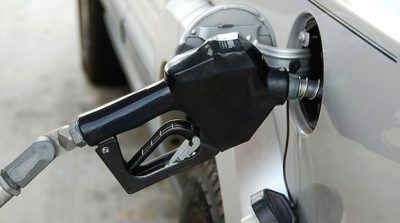 The symbolism of President Biden’s recent and ill-fated bicycle ride had nothing to do with a fall to the pavement. If the price of gasoline continues on its current trajectory, voters will be eagerly streaming to the polls in November on two wheels, rather than four.

As gas prices flirt with record highs on a daily basis, politicians in Washington are good at pointing fingers as to why filling the tank costs more than ever. They are less adept at offering solutions.

They blame oil companies for profiteering, Russian President Vladimir Putin’s invasion of Ukraine and President Biden for implementing policies unfriendly toward the oil industry. Proposed solutions have run the gamut , including soliciting hostile adversaries to ramp up oil production.

West Texas Intermediate, a crude oil that serves as one of the global benchmarks for pricing, was $108 on June 17. It has topped $100 on many occasions in the past, but gasoline never approached current price levels in the past.

How the price of oil and the gasoline from which it is derived is determined is a complex global issue, not just an American one. It is based not only on supply and demand, but also on speculation of oil futures. Throw in a host of other factors such as a war involving the world’s third-largest oil producer in Russia, supply chain issues that affect exploration and production, labor challenges that infect every industry and a travel-hungry population emerging from the COVID-19 pandemic, and pricing becomes even more volatile.

That said, Americans struggling to put gas in the tank and food on the table due to runaway inflation deserve honest answers and real solutions from elected leaders about these unsustainable conditions. Instead, we get finger-pointing, social media catchphrases, dismissive remarks about electric vehicles, stickers reading “I did that” and political posturing from those on both sides who are more concerned about a midterm power struggle than they are conversations about real-life issues taking place around the dinner table in every city and town across the country.

During his presidential campaign, Biden vowed to end new drilling on federal land, and wasted no time implementing his energy policies once in office that publicly have included eliminating within 5-10 years a U.S. dependency on fossil fuel.

On his first day in office, the president signed an executive order canceling the permit for completion of the Keystone XL pipeline that eventually would have delivered oil from Canada, Montana and North Dakota to U.S. refineries in the Midwest and Texas. The pipeline was not yet operational, so shutting it down has done nothing to limit current production. But the move has closed the door on future supplies of about 2 million barrels of oil per day. And since speculation plays a large role in pricing, the current administration’s oil policies are another piece of the puzzle whether they admit it or not.

As poll figures plummet and gas prices skyrocket, the president has unveiled a two-step solution that includes pandering to foreign adversaries for increased production while urging domestic producers – which recorded first quarter profits of $41 billion – to increase drilling and reduce prices, forgetting that the likes of Shell, Exxon, Conoco-Phillips and Chevron are publicly held companies answerable to stockholders, not politicians.

His pleas came the same week a sale of public land in New Mexico’s Permian Basin, the most oil-fertile land in the country, was delayed by the Bureau of Land Management.

Who can blame speculators if they are unable to wrap their arms around policies that include begging for help from an industry targeted you intend to shut down within the next generation.

What is really affecting the oil industry is not an issue that is easy to understand, but with Americans hurting financially, it is a conversation worth having. One would think in an election year that politicians longing to be on the right side of an issue would be eager to tell us the truth. We deserve that.