Police are searching for an escaped Jessamine Co. inmate

An inmate serving a 12-moth sentence for drug trafficking walked away from the Jessamine County Detention while out on work release Wednesday.

According to jail officials, at approximately 6:20 a.m, inmate Dustin Allen Summey walked away from the Jessamine County Detention Center Restricted Custody Center. After walking away from the facility Summey was picked up by a female subject, Heather Prater, and subsequently removed a GPS ankle monitor and discarded it on First Street in Nicholasville.

Summey is 35-years-old, bald, stands 6-foot-2 inches, and weights 220 pounds. Jail officials said that both of of forearms are covered in tattoos. He was las seen wearing grey sweatpants, a white t-shirt and light blue baseball cap with a white bill.

Summey and Prater could possibly be traveling to the area of Harrodsburg Kentucky in an older model white Chevy Impala that has paint chipping on the top of the trunk.

Law enforcement advises that if anyone who has seen Summey or Prater they should not apporach them but call the Kentucky State Police or local law enforcement. 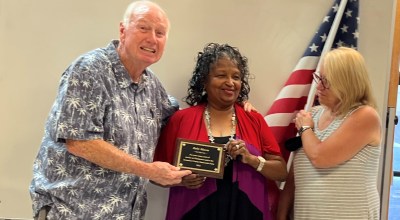 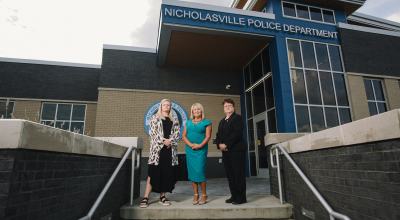