Board of Adjustment OKs Variance Requests 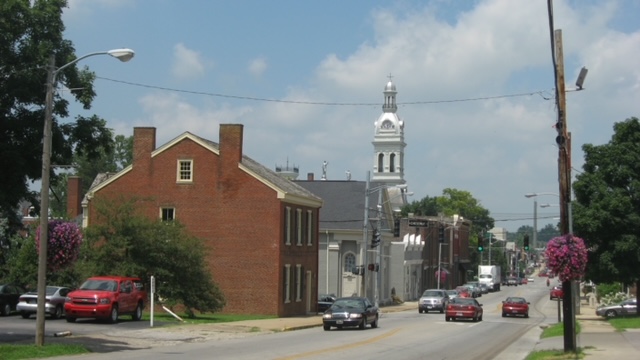 The Nicholasville Board of Adjustment recently approved several dimensional variances on residential and commercial properties.
The board met on March 14.

One variance is for a strip center being built in the Brannon Crossing subdivision near the intersection of Langley Drive and Tyler Drive. The reduction in set back would allow parking to be configured in a safer way.

“We don’t have to worry about cars being put on the road. It’s a lot safeter for everybody,” said Steven Wright, of Steven Wright Enterprises Inc.

One was for a set of townhomes going in on Grinder Court. The variance would allow the required parking to be in the front of the lot due to a stormwater drainage and utility easement that prohibits rear entry.

Planning Director Tim Cross noted that in order to gain rear entry to the townhomes, vehicles would have to cross over a drainage ditch that would need to be partially filled, which would reduce the volume of water it could handle.

“The only other option would be not to build,” he said. “I don’t think that is feasible.”

In other matters, the board approved a dimensional variance for a home being built on Ross Street. Cross said the existing home was removed due to its poor condition and the new property owners plan to build a single-family structure.

In other matters, the board tabled a request to put in a sports bar in the property of 2009-2011 Pinoak Drive that would be less than 100 feet from a residential zone. It will be heard at the April 11 meeting.

In other matters, Cross introduced Brian Claar to the board as the new city engineer.