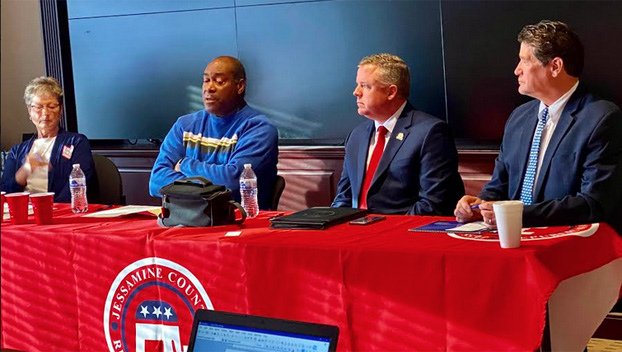 State Senator Donald Douglas, R-District 22, and state Representative Matt Lockett, R-District 39, spoke of legislation that had gone through this past session as well as information regarding legislation still pending.

Jessamine County Judge Executive David West also updated the group on county issues such as the new judicial center and the new industrial park that will impact the local economy.  An enjoyable fellowship time was spent together following the meeting.

JCRW will meet at 6 p.m. April 19 at at Central Bank.  Primary candidates have been invited to share their platforms briefly at that meeting. If you have not confirmed that you are wanting to speak, please contact Dorothy Van Epps at dorothy@mrbumblebee.com