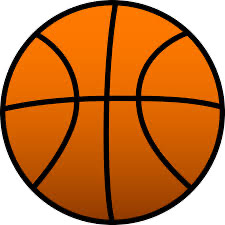 SPORTS NOTEBOOK
West Jessamine Boys Basketball
Not only were the Colts able to host the 46th District Tournament this week, they came out as champions following wins against Burgin (3-27) and Mercer County (16-13). In the first game, they took down the Bulldogs 73-37 behind 22 points from Daniel Waters and 19 from Brett Bush. Waters also led with 9 rebounds. A few nights later, despite trailing by 3 points at the half, they came back to defeat Mercer County 59-44. Hogan Price led with 23 points while Drew Marshall had 7 rebounds.

This week, the Colts (19-12) will be at Pulaski for the 12th Region Tournament. They’ll start by taking on Boyle County (22-7) on Thursday. The winner will go on to play Sunday against the winner of a matchup between host Pulaski County (28-2) and Wayne County (14-17) in a semifinal matchup. The championship game takes place Sunday night at 7:00 pm.

West Jessamine Girls Basketball
Last week, the Lady Colts hosted the 46th District Tournament. In their first matchup, they came out on top against East Jessamine (13-16) by the score of 60-51. Anaya Chestnut led the way with 19 points, while both Claire Marshall and Aaliyah Edenstrom had 7 rebounds.

In the championship game, they came up short against Mercer County (22-7) by a 67-42 final. Katie Mastin and Chestnut tied with 8 rebounds, while 7 rebounds were added from Edenstrom.

This upcoming week, the Lady Colts (21-9) will participate in the 12 th Region Tournament at Lincoln County. On Monday night, they’ll take on Southwestern (22-7). The winner of this matchup goes on to play the victor of a contest between Somerset (18-10) and Danville Christian (18-8) on Friday night at 6:30 pm. The championship game will take place one day later.

East Jessamine Boys Basketball
This week, the Jaguars’ season came to an end following a 57-33 loss to Mercer County at the 12th District Championship at West Jessamine High School. Hayden Frazier led the way offensively and defensively with both 13 points and 7 rebounds. They finish with a record of 4-26. Seniors Turner Shouse, Brycen Hubbard, and Alex Martinez played their final games, while players such as Frazier, Isaiah Daniel, and Nicholas Thompson will return next season.