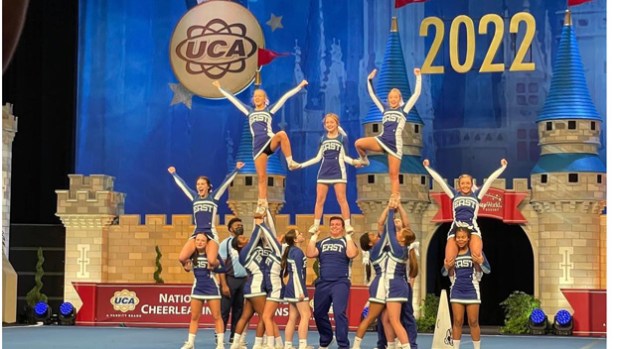 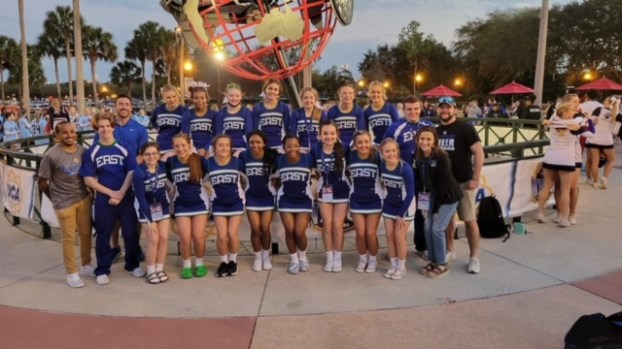 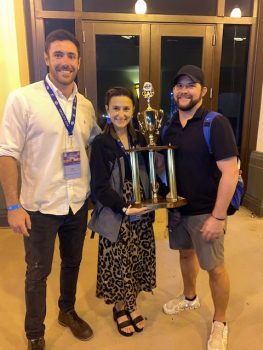 “It’s a great honor for our whole cheer team,” said senior Joe Gallo, co-captain. “This is the furthest we’ve come as a school. We’ve overcome many challenges this season and that ultimately brought us all together as a family to win.”

“Our goal was just to make it to the finals, but we exceeded that by not only making finals but hitting our routine perfectly three times and placing in the top 10,” EJHS Cheer head coach Corinne Marshall, a first year head. “That was the first time in school history that a team made it to finals.”

“We had high goals — our saying this year was that we were going to set the standard for East Jessamine cheerleading,” Marshall said. “I think the future is bright.”

Fundraising to travel to Orlando came from working the concession stand UK football games in addition to local fundraisers.