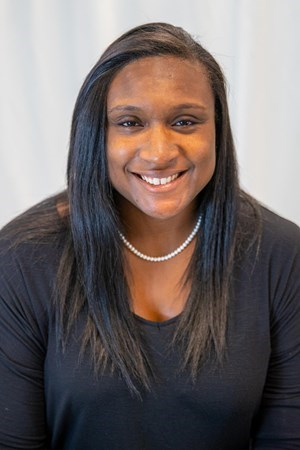 Horton brings an extensive volleyball background as an accomplished player both at the NCAA Division I and professional levels. She has also been a successful coach in the Central Kentucky area, most recently serving at Transylvania University as a volunteer assistant coach for the past two seasons.

Horton coached at Lexington Christian Academy and Lafayette High School prior to joining the Transy staff. She has also been a very active club coach for Alpha Performance Volleyball (2017-2021) and currently for Lexington United Volleyball.

“I am very honored to lead the volleyball program at Asbury University,” Horton said, who was hired in January. “This is a unique opportunity to coach the sport I love, while also sharing my faith in Christ to encourage and challenge our student-athletes. I want our team to always play with great effort and I’m excited to build a program that glorifies God.”

Asbury’s Vice President for Intercollegiate Athletics & University Communications Mark Whitworth added,  “We are thankful that God led Coach Horton to Asbury. She was an outstanding volleyball player and has worked diligently to build her expertise as a coach. I particularly appreciate the fact that she has recently been involved with a very successful NCAA Division III program. We are thrilled to welcome Tiffany and her family to TeamAU.”

Horton was a four-year starter at the University of Arizona from 2007-2010, earning All-Pac-10 honors as a senior in 2010 and Pac-10 All-Freshman honors in 2007. She helped lead the Wildcats to back-to-back NCAA Tournament appearances in 2009 and 2010. The talented outside hitter was also named a National Player of the Week by the AVCA and received All-Region honors during the 2008 season. Horton completed her career at Arizona being named the Pac-10 Player of the Week on four different occasions, including twice as a senior.

Following her final season, Horton was selected as an alternate for the USA National Women’s Volleyball Team in Colorado Springs. In 2020, she was named one of the top 10 University of Arizona volleyball players of the decade (2010-2019) by All Sports Tucson. She still ranks among the Wildcats’ all-time career and single season leaders in several categories, including career kills (1,585 – 5th), career average kills per game (3.82 – 5th), kills in a match (32 – 10th), career digs (1,174 – 8th) and digs in a season (414–8th).

Horton earned a bachelor’s degree from Arizona in 2011, majoring in Family Studies & Human Development. Following her time at U of A, Horton played two years professionally in Puerto Rico and Switzerland. She also served as an intern with Athletes in Action in 2010.

Horton is originally from San Bernardino, Calif. She met her husband Donald, a former football student-athlete, while they were attending the University of Arizona. They have three sons and live in Lexington.