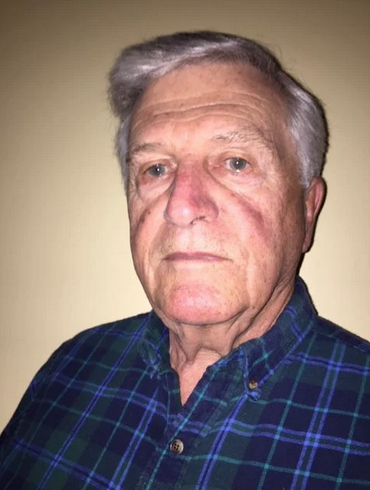 Some simple words, when misused, can become so powerful as to cause a panic around the world.

Such a word was uttered by President Biden in his press conference on January 19th. The word was “minor.”

I watched the president open his presser by faithfully reading words off his teleprompter, words that had been carefully crafted by his handlers to prevent any now-familiar Biden blunder.

Then, the president took softball questions from pre-selected reporters and checked a black binder for answers that he no doubt had rehearsed under his handlers’ supervision. No blunders there either, just some fudging of the facts and a little harmless mendacity. But then Biden threw caution to the wind and began to answer questions that took him off script.

Responding to a query about the threatened invasion of Ukraine by Russian troops massed at the border, Biden suggested that a “minor incursion” by Russia would be met by less than punishing economic measures he had promised.

The reaction was instant and worldwide. Administration hacks rushed to walk back the president’s statement. Jen Psaki clarified that “any” incursion would be met by a “swift, severe, and united response from the United States and our Allies.”

In Berlin, Secretary of State Anthony Blinken tried valiantly to reassure Germans that Biden’s statement did not alter America’s policy of a robust response to Russian aggression.

But Putin knows that those allies, especially Germany, might not be so quick to present a united front. One can imagine the Russian leader welcomimg Biden’s statement as an open invitation to invade Ukraine.

In Kyiv, Ukraine’s President Zelensky tweeted scornfully that “there are no minor incursions…just as there are no minor casualties and little grief from the loss of loved ones.” Kyiv’s response to Biden, quipped the WSJ, showed that it considered the president’s statement to be “strategic malpractice.”

What are we to expect now? Putin remembers that the United States and its allies had done nothing when Russia annexed Crimea in 2014. He also knows that this incursion happened while Obama was president, and that Biden is Obama’s faithful acolyte.

Putin is confident that as long as Biden is the leader of the free world, he has no reason to fear a military response from NATO, especially after the damage to the alliance caused by Biden’s disastrous withdrawal from Afghanistan.

For Putin, there is no better time to move those troops massed at the border than now.

Is Ukraine prepared for a Russian invasion? It has a professional and well-trained army that would inflict severe casualties on an invading army. Mothers and wives back in Russia would not be pleased with the return of their sons and husbands in body bags. But is that prospect enough to deter Putin’s ambitions? We’ll see.

There is some good news of sorts. There are reports that the U.S. is moving anti- tank weapons and anti-aircraft missiles from the Baltic states to Ukraine. This may be too little and too late, recalling the earlier refusal of Obama and Biden to send arms to Ukraine. Unfortunately, it does put the former Soviet socialist republics in Putin’s crosshairs.

In Washington, we are already seeing a debate following Biden’s prediction that a minor incursion by Russia would prompt “a fight about what to do and not do.” One side would leave Ukraine to defend its sovereignty all by itself; the other advocates military intervention, even it that means a hot war with Russia.

Thanks to Biden’s intemperate remarks, this is no longer a “minor” issue.