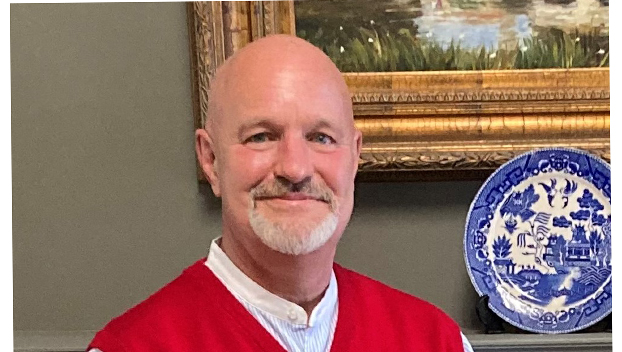 Opinion contributor Tip Moody wrote this for the Jessamine Journal. His past work experience includes the National Republican Senatorial Committee, Dole for President, Vice-President Dan Quayle, and the Republican National Committee. He resides in Wilmore.

While these terms have historically been used synonymously, in recent years they have become mutually exclusive in several contexts.
Critical Race Theory (CRT) exemplifies this divergence.

Republican politicians across the country have introduced a wave of legislation aimed at suppressing “critical race theory.” Unsurprisingly, Republican politicians have been swift in introducing their own educational clampdown in the form of HB 18, “AN ACT relating to prohibited instruction (and declaring an emergency).

But there is nothing conservative about prohibiting CRT. On the contrary. It flies in the face of bedrock conservative values, undermining the principles of limited and unintrusive government, the free market of ideas in public discourse, and local autonomy. Simply put, banning CRT reflects ideological hypocrisy.

The bills’ sponsors admit that they want to prohibit instruction of, one (at the time of this writing) particular idea: “critical race theory.” Two of America’s most venerated thinkers — Thomas Jefferson and James Madison – strongly rejected this strand of social philosophy. They each denied a role for government in the thought life of our citizenry. Jefferson perhaps said it most succinctly when he stated, “the opinions of men are not the object of civil government, nor under its jurisdiction.”

Traditional conservatives promote free markets and open market mechanisms. “Let the market decide,” they intone when it comes to economic issues. Yet the market—not the government—should determine ideas of policy, too. That’s why Jefferson and Mill argued for the “marketplace of ideas.”

The merits or flaws of CRT aside, do we as citizens of the commonwealth want members of our General Assembly to assume the privilege of determining which ideas deserve a platform and which should be suppressed? James Madison answered this question unequivocally, “Wherever the real power in a government lies, there is danger of oppression.” Preventing government from having any role in our thought life will prevent a dystopian future in which lawmakers determine Truth.

Most of us have flirted with, entertained, or even temporarily embraced ideas we later rejected. A notion can seem useful or powerful for a while, but time and argument reveal its flaws. Good and bad ideas come and go. The best ones stand the test of time. Bad ones lose traction and adherents.

We witness the “invisible hand” of the “marketplace of ideas” at work, organically. This process lies at the heart of what education is.

HB 18 will deny our young people the practice of assessing and deciding for themselves what may be the best ways to think about America’s racial past. Indeed, this bill will shut down the robust conversations we need to develop strong-minded thinkers who will lead Kentucky’s future. These bills and the attitude that produced them do the exact opposite—they set us on a path to create weak-minded automatons, dependent on others to tell them what to think – or what not to think.

Those are the practical, real-world effects of government intrusion on the intellectual development and curiosity of Kentucky’s students and teachers.

And it’s interesting how we could see Ronald Reagan, the godfather of America’s most recent style of conservatism, standing in direct opposition to Right Wing Republican legislators’ attempts to prohibit instruction when he spoke, “There are no constraints on the human mind, no walls around the human spirit, no barriers to our progress except those we ourselves erect.” Constraints and barriers are being erected in Frankfort.

Ironically, Reagan didn’t just wax poetic about education in the United States. During his first administration, he sought to eliminate the newly created Cabinet-level Department of Education. The 1996 Republican Party Platform advocated the same. So, you see, conservative thought has sought for decades to remove government from education.

Conservatives prioritize local control. As much as possible, they maintain, difficult issues should be decided at the local level. This is, again, a belief deeply held by our Founding Fathers. Alexander Hamilton wrote in Federalist #36 that local citizens are to communicate “knowledge of local circumstances” to their state legislators. He did not write that state legislators are to inform residents on issues of their common and usual concern.

Sadly, this is one theory of government that HB18 tramples, and HB18 is just one example.

When it comes to an idea that Republican politicians seem to understand poorly, or choose not to take the time to vet thoroughly, they push one-size-fits-all, sweeping legislation. School boards, principals, teachers, and parents are far better equipped to determine the content and direction of instruction in their hometown classrooms across the commonwealth.

The stakes in this legislation are high. They represent fundamental questions about the limited role of government, the free market of ideas, and local autonomy – historic building blocks of conservative ideology. Anyone who self-identifies as “conservative” and who supports this copy-cat legislation is providing us with a teachable moment. They simultaneously define “Right Wing” and “duplicitous.”

Opinion contributor Tip Moody wrote this for the Jessamine Journal. His past work experience includes the National Republican Senatorial Committee, Dole for President, Vice-President Dan Quayle, and the Republican National Committee. He resides in Wilmore.