There’s nobody like Oscar:
Tshiebwe seen by teammates, coaches as a unique talent

If there is another player in the country like Kentucky junior center Oscar Tshiebwe, UK teammate Davion Mintz has not seen him.

“He is one of the most unique players in the country. I don’t think anyone provides to their team like he does,” said Mintz. “Oscar is the kind of guy that can easily account for 15 to 20 rebounds. For us to get out in transition and score like we do, a lot of the credit goes to Oscar.

“He gives us a quicker (fast) break and deflates the other team’s confidence. They know if they miss, we are probably going to get the rebound.”

“There is not one player in the country that impacts a team more than he does. Getting 16 or 28 rebounds a game is unheard of. It’s immeasurable the impact he has on our team,” Coleman said. “It’s unspoken of what he’s doing. It’s hard to simulate that.”

Tshiebwe is averaging a nation-best 15.2 rebounds per game near the midpoint of the season.

He has set a Rupp Arena single-game rebounding record with 28 and out rebounded the entire Western Kentucky team in that win. He also has 12 double-doubles, the nation’s second best mark.

Tshiebwe is also adding a team-best 16.1 points per game along with 1.5 blocks and 1.3 steals per game while shooting a team-best 61.7 percent from the field. He’s also a 71 percent free throw shooter and has attempted 59 — 26 more than any other UK player through 15 games.

Georgia coach Tom Crean had to watch Tshiebwe go for 29 points and 17 rebounds in a win over his team. He said stopping Tshiebwe is not easy to do.

“You’ve got to make a decision. You’ve got to try and go after Oscar when he puts the ball down, or you got to go when he gets it on the catch,” Crean said.

Crean says Tshiebwe gets the ball up quickly and will feed the ball outside to UK’s shooters.

“We never got Oscar defensively where we needed him consistently in the sense of moving him, attacking his feet, getting him out of the lane,” the Georgia coach said.

It’s easy to take Tshiebwe’s historic season for granted because he’s making it look so easy.

LSU limited him to only eight points and 13 rebounds when it beat the Cats. Kentucky coach John Calipari said the Tigers “smothered” him but he doesn’t want Tshiebwe worrying about an off game or what might lie ahead.

“He listens. He is a great kid, but he is like everybody else. There’s all this stuff swirling, and what I told him was don’t worry about two months from now. That will screw you up,” Calipari said.

“Worry about how you have been playing. How did you get to this point? What did you do to get to this point? How about this? Keep doing it. Why would you do something different? Just do what you are doing. Stay in the moment. Have fun.”

Calipari says Tshiebwe has a rare combination of “really strong hands” along with a solid 255-pound frame. 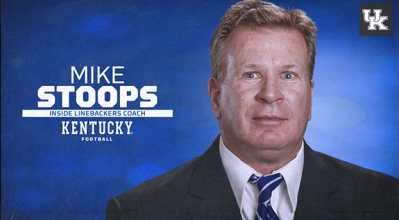