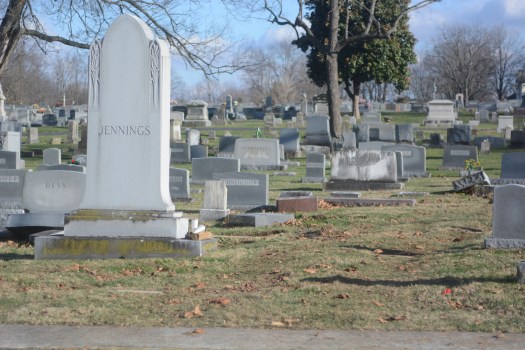 The damaged caused to Maple Grove Cemetery is currently being cleaned up. The rubble is expected to be removed by early February. (Photo by Dillan Combs) 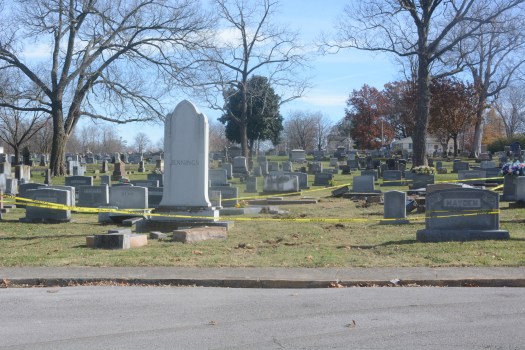 Photo taken shortly after the incident. While cleanup won't be finished until at least early February, some of the rubble depicted in this photo has been removed, as evident in comparison to the more recent photo.

Repairs are underway for Maple Grove Cemetery in Nicholasville.

Late November, around two-dozen headstones were damaged after being plowed into by an alleged drunk driver – totaling as high as $100k in damages. Police arrived at the scene to reportedly find a truck amidst the rubble with a man identified as Thomas Garner inside.

Doug Blackford, director of General Government for Nicholasville, says work crews have begun cleaning up the debris left by the incident.
“We’re expecting cleanup to finish by early February,” Blackford said. “We have insurance companies through the Kentucky League of Cities working through covering the costs.”

As repair efforts continue, various monument companies may be contracted to replace the damaged headstones. Blackford says Maple Grove’s restoration is expected to conclude by next year.