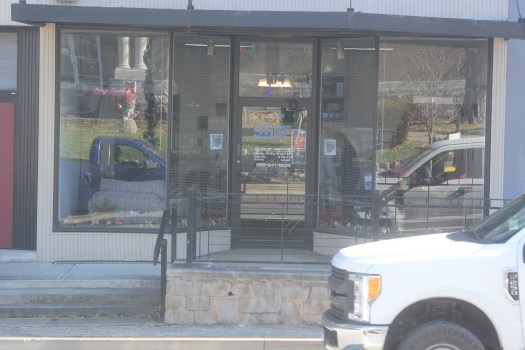 Shepherd's House is located on 104 North Main Street – just across the street from the Jessamine County Courthouse. (Photos by Dillan Combs) 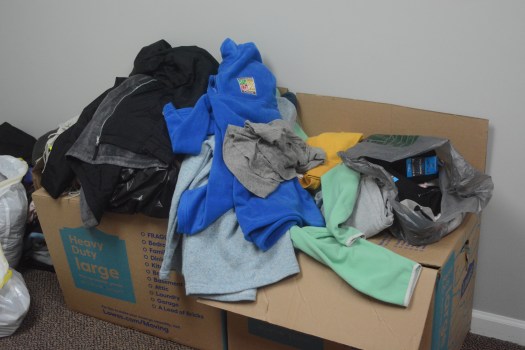 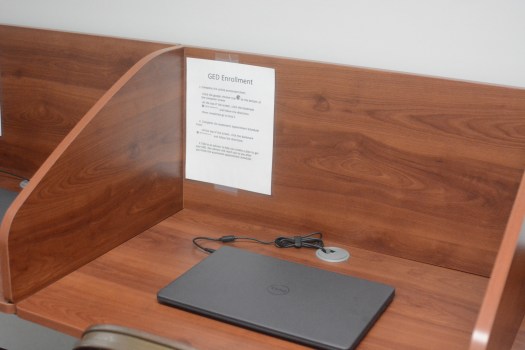 GED preperation is one of the services offered by the RCC. 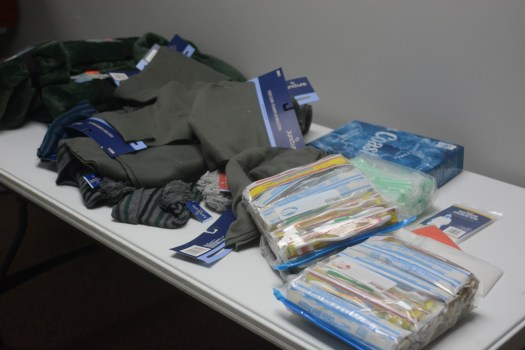 Toothbrushes and warm clothing collected by the center. These items will be going out to homeless encampments.

Whether it’s helping the homeless, connecting those suffering from addiction with resources, or prepping people for their GED, Shepherds House in Nicholasville is there to help.

Having opened March 15 of this year, Shepherds House is a recovery community center (RCC), is designed to enhance the recovery capital of the individual, family, and community in Jessamine and surrounding counties.

Shepherds House Recovery Community Center is the newest Shepherds House program. The Shepherds House program as a whole was an idea born in 1984 by Fred Hood, a parishioner at Good Shepherd Episcopal Church in Lexington. Fred’s son, John, was at Charter Ridge for treatment and it was strongly suggested he attend a halfway house for long-term care and programming.  There were no suitable programs in the Central Kentucky region.

Fred, and many others at good Shepherd and in the community, were advocates for developing a world-class recovery housing environment in Lexington.

In September 1985 the project was recommended to the vestry at Good Shepherd Episcopal Church. The request of the church was they provide 10% of the initial capital costs, which were anticipated to be ~$250,000. In addition, they were requested to annually provide 10% of the expected annual operating costs, which were estimated to be $100,000. On November 24, 1985 the church agreed, and raised, the requested amounts ($25,000 for initial capital costs and at least $10,000 per year in annual operating costs).  The Shepherds House was born, and it would welcome its first client nearly four years later in July 1989.

On Dec. 20, Shepherds House in Nicholasville will be visiting homeless encampments with the BrightView addiction treatment center. Baskets full of clothes, shoes, blankets, scarfs, tooth brushes, soap and more will be given out to those in need. Shepherds House keeps a closet full of clothing in general because, as Holway explained, those in need who visit the Health Department – another group the RCC frequently works with – tend to not have an extra set of clothing.

“Anything we can do to make someone’s life better, we’re here for it,” said Holway. “If you have a problem, we’ll help you find a solution. We offer hope, and hope is a four-letter word that needs to be capitalized.”

Holway herself became the Nicholasville Shepherd’s House program director because of her own battle with abuse, having been sober for more than thirty years.

The RCC sees about 10-15 people each day on average, needing help with finding a job, getting their GED, or just reaching out for peer support. What’s more, visiting the RCC costs nothing, as it’s a government-funded program. However, people are welcome to volunteer or make donations.
“Here’s the thing: I just want to see people who have lost hope find it again,” Holway said. “Because there is hope. It just takes a little bit to get there.”