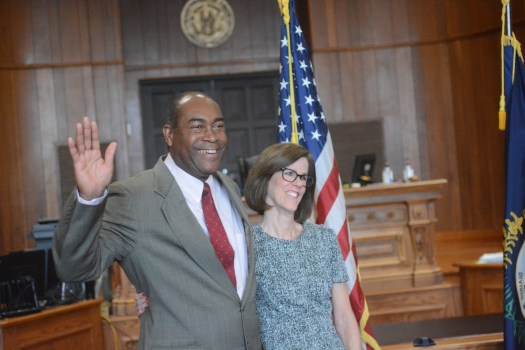 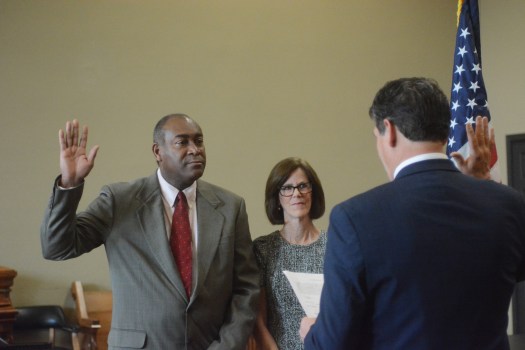 Dr. Donald Douglas during his inaguration. 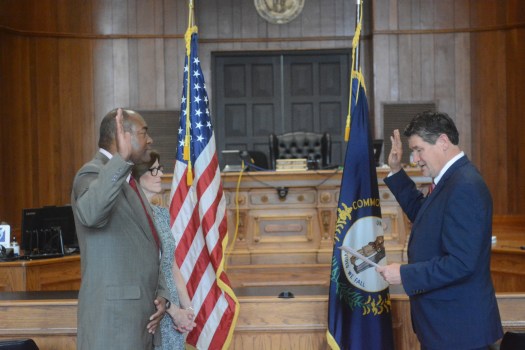 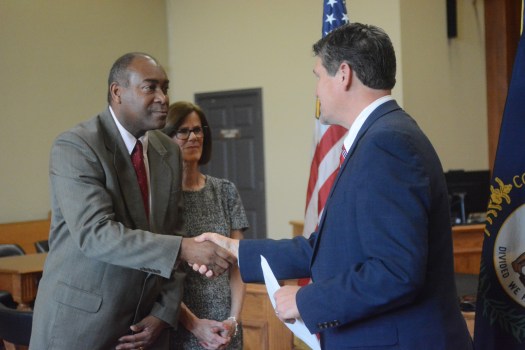 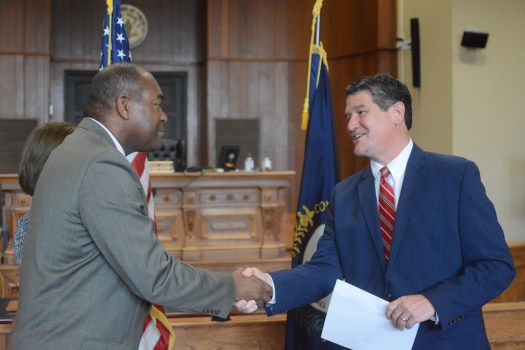 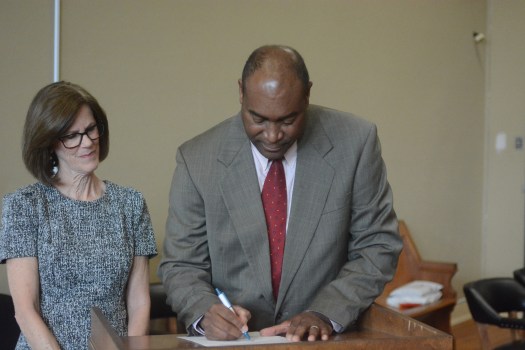 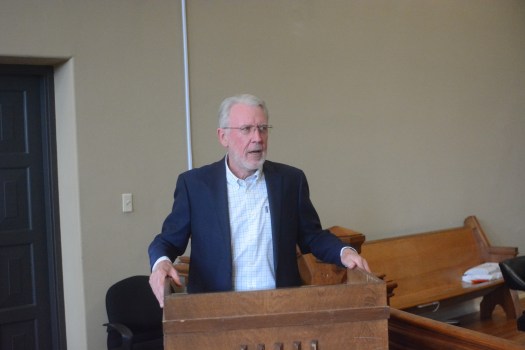 NICHOLASVILLE — Dr. Donald Douglas (R) was sworn in Thursday as the state senator for District 22, which includes Jessamine, Mercer, Garrard, Washington, and part of Fayette counties.

“I feel honored to have won the election,” Douglas said. “I feel the people in District 22 are some of the greatest people in the world. I think they are dedicated, I think they love this area, I think they’re wonderful Americans, and I think they were looking to pick someone who they thought could bring this all together.”

The district was last represented by the late Tom Buford. Dr. Douglas defeated Helen Bukulmez (D) and Sindicat “Sid” Dunn (independent) with more than 70% of the vote during the 2021 special election.

Douglas says his plans include enabling those who hold conservative values to express those values. He hopes to, as he puts it, ‘bring everyone together regardless of party.’

“This election was not about party,” Douglas said. “One of the things I want to bring to Frankfort is a feeling that we should all come together – that we are all Kentuckians. That we are all Americans. And what we need to be able to do is support each other always as a people first.”

Additionally, Douglas says he is looking into ways to improve the interactions between the healthcare system and the public.

“There are a lot of proposals out there,” he explained. “I’m one of the people who wants to sit back and listen to what you think. Let’s evaluate not only what I’m thinking, but what you’re bringing to the table. Sometimes when we offer opinions, we tend to intimidate others. I’d rather sit back and let others share their opinions, share their hopes and dreams, and then we can all talk about this together.”

Douglas also mentioned that he wants to see economic growth throughout the district.

Lastly, Douglas mentioned that he wants parents to have input on what is taught in education.

After Douglas was inaugurated by Jessamine Judge-Executive David West, he gave the following speech:

“I had the honor on Tuesday night to go to the Jessamine women’s Republican party group. There I talked about opening up a whole new avenue or so for people who think like we do. For people who have always been told they have to be democrats, and that they had to vote in that way whether they believe that or not. I leave that as an example, my sister Pauline. Those of you that were there that night saw the emotion she showed. I want us as a party to invite everybody in. We want to bring everybody in.

We are – and I will say this over and over – we are the people of District 22. We are Kentuckians. We are family whether we like it or not. And we are Americans. There are a lot of things that we agree on, there are a lot of things that we don’t agree on. We will have a lot of differing opinions, but that doesn’t make any of us wrong. It means that we have the freedom in this country, in this state and in this district to disagree, and that’s okay.

One of my goals is to make sure that those people who believe as we do are free to express those values and not have to be held down for fear of people in their community, of people in their families. You all gave my sister an awakening when she was there that Tuesday night, and she and I talked about it.

Brian O’Leary, Douglas’ campaign manager and the chairman of the county’s Republican group had the following to say:

“We all feel very strongly that we have elected a candidate whose beliefs are basically the same as our own: Christian, conservative, Republican beliefs.”