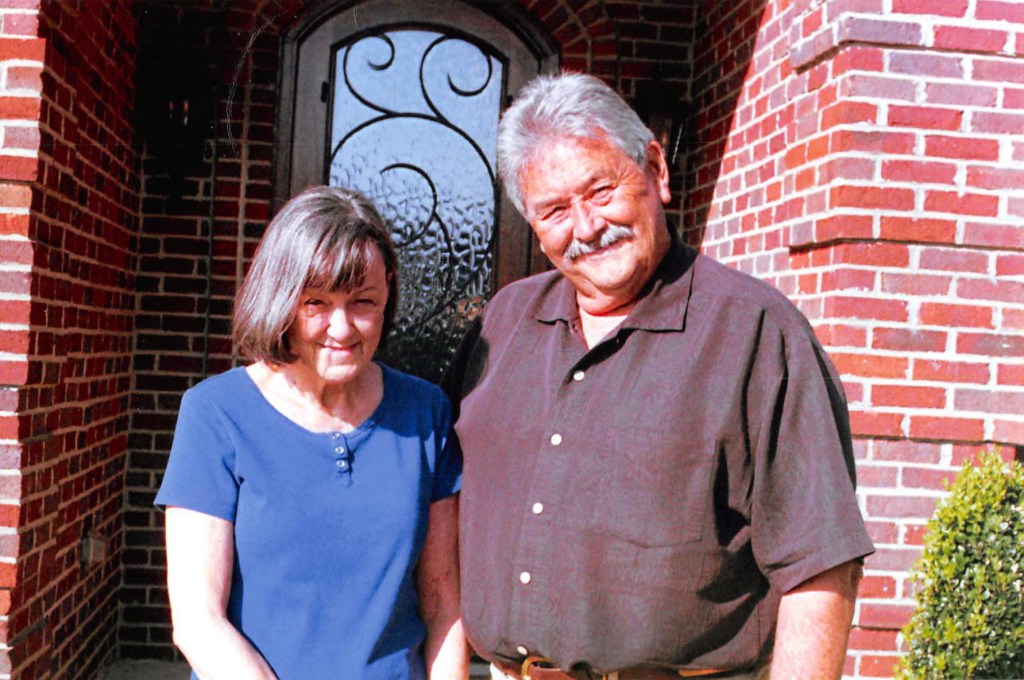 Wilmore First Family – Mayor Harold L. Rainwater and wife Shari are pictured August 28 at their home on Corbitt Drive in Wilmore. In December they celebrate 57 years of marriage. They have two children and six grandchildren.

Among numerous historical gifts to mankind offered by Wilmore, Kentucky, the municipality of 7,000 residents is apparently home to the longest-serving mayor of an incorporated city in the United States. That declaration applies as of August 28, 2021. So says Mrs. Donna French Back of Nicholasville. The Utilities Department clerk for the City of Wilmore, Mrs. Back affirms the mayor’s national service record “comes from a respected, knowledgeable source” outside local government jurisdiction.

What is the mayor’s service record?

Confirmation of a record did not come from Mayor Harold Lee Rainwater. He just smiled when asked about it during a morning interview at City Hall on September 7. What transpired was the mayor’s acknowledgment that he succeeded Joseph A. Thacker Jr. in 1976. The new mayor, then an elected city councilman the previous four years, had become the chief executive at age 30. Continuously, Mayor Rainwater has represented his community ever since. He is now 75 years old, going strong, and not talking retirement.

The mayor’s consecutive streak in office is now 45 years.

Unassuming, modest and appreciative for many mentors, Mayor Rainwater reflects on the good example his parents established for four sons.

Ezra and Irene Rainwater, he noted, directed the offspring’s path in public involvement and church affairs. Setting the family pace as owner-sole operator of Rainwater Shoe Repair on Main Street, downtown Wilmore, his dad was an example of enterprise and work ethic. He accepted a call to lead as city council member. Alternately, Ezra Rainwater was a friend to constituents as scoutmaster, policeman, fire department volunteer and deputy sheriff. In the latter duty, he was on staff with Sheriff Steve Walker, 1986-1990.

The Rainwater brothers were recognized for responsible living. James, retired postal work and Vietnam veteran, and wife Wanda, are Wilmore residents. Vernon and Connie live in Orland, Florida. Randy and Anita make home in Lawrenceville, Georgia. Both Vernon and Randy are ministers.

Mayor and wife, Shari Hartman Rainwater, are inseparable. They do all things together and will celebrate 57 years together before the Christmas holidays. They have two children and six grandchildren. Shari is a native of North Carolina who came to Wilmore at age 15. She graduated from Jessamine County High School. The two teenagers were married in 1964. Their two children are Mrs. Rhonda Webster and Lee Rainwater. The daughter and husband, Mike, reside in Nicholasville. Son and wife, Mary, make their home in Wilmore. Lee Rainwater is a recreation minister at Midway, Ky. church. His spouse is a teacher at Rosenwald Dunbar Elementary in Nicholasville and the mother of four. Mike Webster is assistant manager at KBC International, Lexington. He and Rhonda have two children.

Preparatory skills for Mayor Rainwater were honed 1971-1975 as a city councilman working with two experienced mayors who Rainwater Deeply admired. They were Z.T. Johnson Sr. and Joe Thacker Jr. Johnson was president of Asbury College, 1940-1966. Thacker was pastor and professor at Asbury University, 1952-1985, teaching multiple specialties that include history, geography, economics, and political science.

Reflecting on the capable and often extraordinary councilmen and women who shared responsibility, Mayor Rainwater remembers the late Cecil B. Hamann. Described as an amazing person with knowledge on a variety of complex issues, Dr. Hamann’s business acumen impacted fellow officials and several executives, he attested. Chairman, Asbury College Department of Science and Mathematics from 1948 to 1984, Dr. Hamann was influential as a councilman in the administration of venerable Mayor Hugh B. Sims Sr., 1960’s era.

Mayor Rainwater is a product of Wilmore Elementary and Junior High Schools in 1961. The late Dan R, Glass was principal. His diploma from JCHS came in 1964 when Billy Lockridge was principal. He advanced to Asbury College, majoring in Physical Education and Biology, and earned a master’s degree in Recreation Administration at Eastern Kentucky University.

Boyhood memories are clouded or lost entirely by many senior citizens. But Wilmore’s longtime business-civic-political ascender has a clear recollection of a kindness given to him in 1958 when he was 12 years old.

“I was in school at Wilmore Elementary,” the mayor relates. “Mr. W.D. Turkington hired me for $1.00 an hour to mow grass regularly on the grounds of Wilmore Cemetery. I was to work in my spare time. It was my first job. I really appreciated the employment. I respected this man and he helped me develop good work habits that I follow yet today.”

Dr. Turkington was mayor of Wilmore at that time. He was also dean of men at Asbury Theological Seminary.

What do you see as major accomplishments during the Rainwater Administration? The answer came easily:

“The Thomas-Hood Veterans Center, accomplished in 1991, and Wesley Village, located in Wilmore in 1996.” The mayor explained, “Wilmore residents and our city government benefit substantially by tax assessments on the two large developments. We experience much greater employment opportunity. And, local merchants gain increased business patronage… plus other intangible factors.”

Vocational obligations beyond City Hall keep the mayor on an ever busy schedule. He operates Asbury University Equine Center, serving as its director.

What is the objective of the Student Equine Program? “It is fourfold,” he elaborates.