Ware will be physical force for Cats 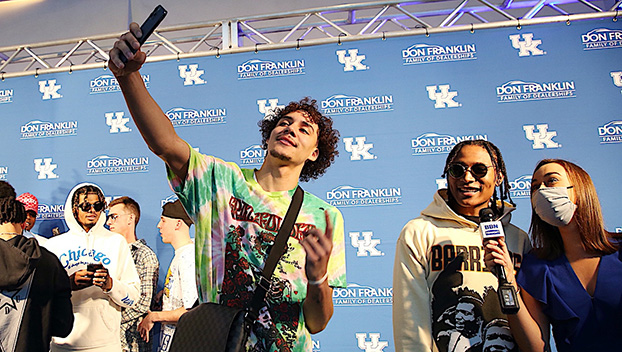 Kentucky assistant coach Orlando Antigua had no trouble telling after watching film that Lance Ware was the “heart and soul of physicality” for UK last season despite his limited playing time.

“He didn’t play as many minutes as he would have liked but he has improved a lot and really is a great facilitator for a big man,” Antigua said. “He has a great IQ on the court and a great feel for the game. He moves really well for a guy his size.

“He has to physically mature to finish through contact at the rim and get more confident making plays for himself. A lot of times he prefers just to create for others, which is a unique ability for a guy 6-9, but he has to finish more plays himself.”

The 6-9 sophomore’s best game last season was against Missouri when he had eight points, 10 rebounds and three blocks in 29 minutes. He had a career-high 13 rebounds against Mississippi State.

Ware wants Calipari and UK fans to expect a lot from him this year.

“You can expect a leader. Keep the same stuff obviously I was doing last year. Playing hard. But the big thing I’m working on is learning from my mistakes, watching film of last year,” Ware said.

“As a freshman, I made some freshman mistakes, silly mistakes. Fix all that and be able to stay on the court and make an impact.”