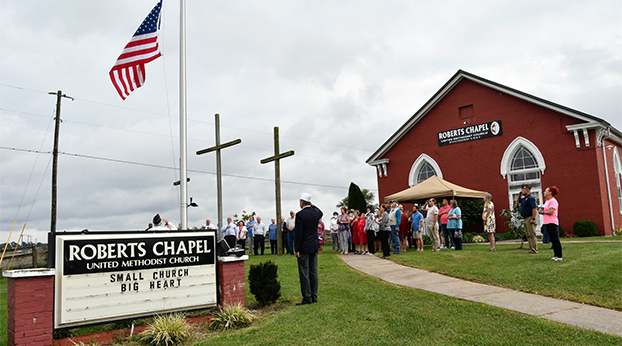 The congregation of Roberts Chapel United Methodist Church celebrated the 180th birthday of the church on Oct. 3. - Photo by Sam Johnson 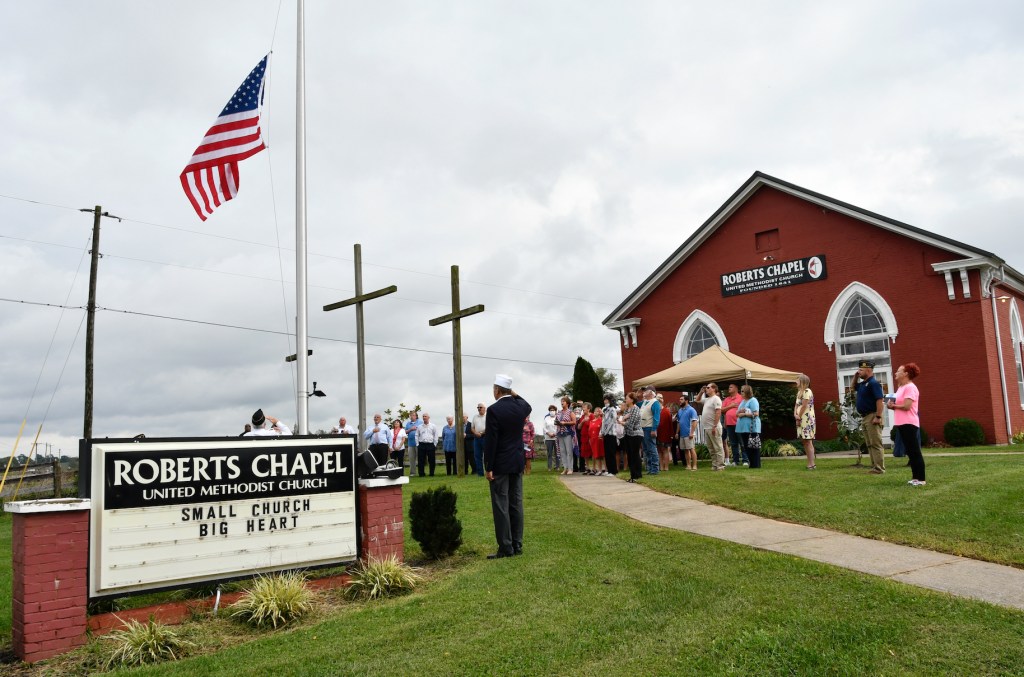 The congregation of Roberts Chapel United Methodist Church celebrated the 180th birthday of the church on Oct. 3. – Photo by Sam Johnson

On Sunday, Oct. 3, Roberts Chapel United Methodist Church in Nicholasville celebrated its 180th birthday with the dedication of a new flag pole and an American flag that had been generously donated to the church. The celebration was called “4th of July in October.”

Roberts Chapel was founded in 1841 and the building that the church still occupies was erected in 1843. The church was built prior to the establishment of the farm and house that is now the Camp Nelson Heritage National Monument. Roberts Chapel is listed on the National Register of Historic Places.

Having been founded and named for Rev. Edwin Roberts, and serving as a church since its inception, Roberts Chapel was also a stopover and safe place for slaves leaving Camp Nelson. For a brief time during the Civil War, the church was used as a hospital for the Union Army.

At the conclusion of a patriotic-themed church service, the 55 attendees assembled for the formal flag raising. The ceremony was conducted by members of the Ray Miller Post of American Legion Post 63. The post members were assisted by church member and Vietnam-era veteran Major. John Dixon (retired).

The gathering enjoyed the singing of the National Anthem by Amy McConnell Olson of Georgetown. Major Dixon concluded the event with words of dedication, remembrance, and thanks to the men and women who have honorably served both God and country.