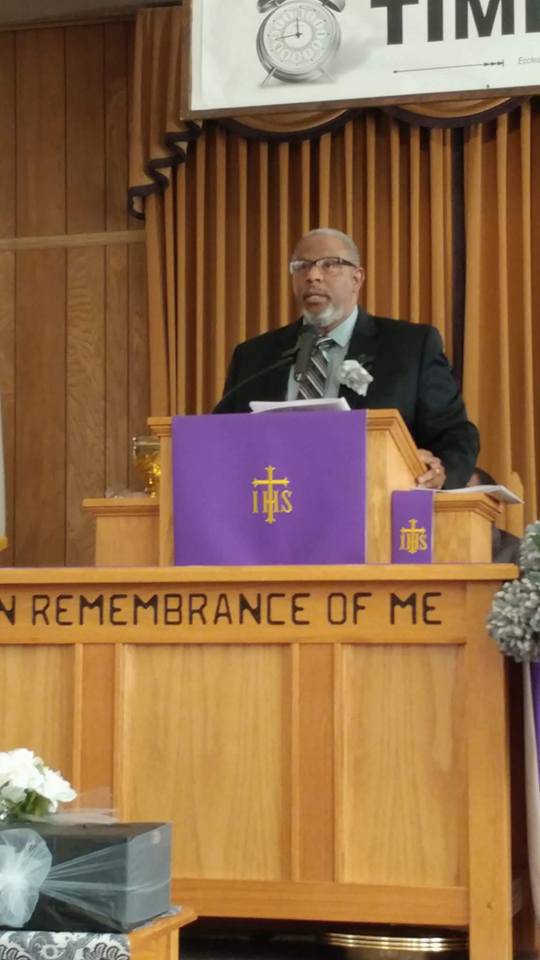 It’s been just over 30 years since Moses Radford joined First Baptist Church in downtown Nicholasville. He has served the community ever since, not only as a pastor but as a substitute teacher within the Jessamine school system and as a member of multiple boards.

On Sunday, Oct. 10, Radford was honored during First Baptists’ congregation. Songs were sung, speakers recalled their favorite memories of Radford, and members provided him and his family gifts.

Radford joined First Baptist in August 1991. Initially, there were some difficulties, as older members of the church had been used to numerous other pastors. But thanks to the Lord’s guidance, as Radford credits, he’s become a pillar in the community.

“Nobody but the Lord has kept me here for 30 years,” he said, “It’s an honor to know people trust you when seeking the Lord’s counsel, and be encouraging to people not just in the church, but in the county and throughout the county.”

Radford’s career started more than 40 years ago, pastoring at churches in Depoy, Nortonville and Greenville before coming to Nicholasville in 1991.

Additionally, Radford teaches as a substitute for the Jessamine County School System, serves as the chairman of the YMCA board in Nicholasville, serves on the advisory board for the Youth Service Centers of East Jessamine Middle School and West Jessamine High School, serves the District Baptist Association locally and the Kentucky Missionary Baptist Association state-wide, and is a part of the race relation group of the Spiritual Leaders of Jessamine County.

“How do I manage it all? That’s a good question,” Radford chuckled. “I just keep things organized; knowing when different groups are meeting and what their schedules are. But first and foremost, my primary responsibility is pastor at First Baptist. I work my schedule around that role.”

Radford cherishes the community at First Baptist, as members were there for him as he went through moments of loss throughout his 30 years. One of the most outstanding experiences, Radford states, was giving twelve individuals a second baptism several years ago – he couldn’t recall the specific date. These individuals had been baptized as children, but “didn’t really know the Lord at that time,” Radford said. They know the Lord now after many years at First Baptist and desired to go through the process once more.

For aspiring pastors, Radford gives the following advice:
“Brother, make sure the Lord calls you to preach. Make sure you know the Lord wants you to be a pastor because pastoring is not an easy responsibility. It’s an awesome responsibility because you are preaching the holy word to the souls of people to get them ready to meet the Lord. Take it very seriously, and if you’re not certain that’s what the Lord wants you to do, don’t do it, because you’re held responsible by the Lord for leading and guiding the people.”