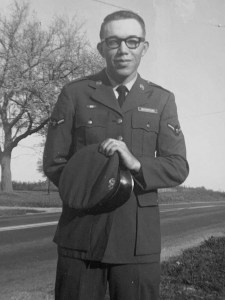 Charles “Bud” Robert Heathcock, born March 29, 1947, to the late James & Laurel (Manwarren) Heathcock went home to live with his Lord Jesus on Thursday, September 30, 2021. He passed away at Thomson-Hood Veterans Center, his home for the last five years, where he was treated as family by the staff and fellow residents. Bud graduated from Ithaca (Michigan) Public High School in 1966 and immediately enlisted with the US Air Force. After two years of schooling and intense training, he was transferred for his first combat duty to Vietnam. He was assigned to work on F-100 C and D aircraft as a crew chief. After one year of combat, he returned to the states for two years before being reassigned to his second combat duty in Thailand. There he was a crew chief on EB-66-Cs. He had many stories of his time in Vietnam. The most memorable being when one of his planes was shot down by the North Vietnamese. Five of the six crew members died instantly. The lone survivor spent 11.5 days in North Vietnam awaiting rescue and attempting escape (BAT21). Bud made a career of the Air Force, serving for 22 years. He retired as a Master Sergeant (E-7) in 1988 and moved to Kentucky with his family, where he worked for the Department of Corrections. He moved to Michigan and worked at the Lapeer County Sheriff’s Department before retiring and moving back to Kentucky. He is survived by his beautiful wife Beverly; four children: Vicki (Thomas) Molstad, Eddie Heathcock, Jill Fisher, and Charlie Heathcock. Bud is also survived by three brothers and one sister. He had twelve grandchildren, three great-granddaughters, and numerous nieces and nephews. He was preceded in death by a grandson, a niece, two nephews, and a brother. Visitation will be on Monday, October 4, 2021, at Betts & West in Nicholasville from 4:00 – 8:00 PM, with a service at 6:00 PM that day. Bud’s remains will be interred at Camp Nelson National Cemetery in Jessamine County at 1:30 PM, Tuesday, October 12, 2021. Honorary pallbearers are: Charlie Heathcock, Eddie Heathcock, Tom Molstad, Vicki Molstad, Jill Fisher, Cody Stinson, and Mike “Hoss” Cartwright. In lieu of flowers, his wishes were to have monetary donations made in his honor to the blind or diabetic research.