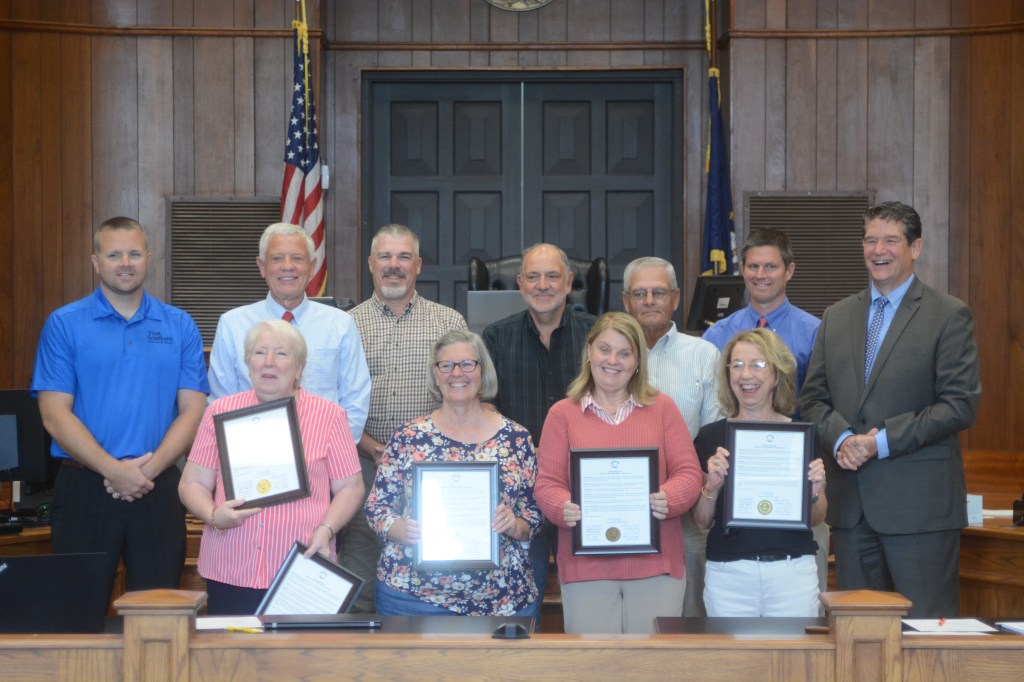 These donations were decided upon during the regular fiscal court meeting on Sept. 21, all in part of the Fiscal Court’s Community Project Support Allocation efforts. Money is set aside in the Jessamine County budget to be given out to local organizations for assistance on projects or needs those groups are facing. The court hears requests from these organizations and may award money if the court deems it a necessity.

“We believe that funding for the Jessamine County Fiscal Court shouldn’t be relied on for the continued operations,” said Judge-Executive West. “In the past, we’ve allocated small amounts to assist in both operations and acquisitions. We set our goal a few years ago increasing funds and not simply serving groups who have asked for funds previously.” West continued, explaining those requesting funds are required to provide bank statements and budgets.

The Camp Nelson Honor Guard requested $15,000 for the development of a parking lot, which was awarded on the condition the group provides a $7,500 match once the project is complete. Jessamine County Little League requested $15,000 for an industrial mower, which they will be awarded if a spare mower in acceptable condition isn’t found when consolidating Camp Nelson. A $7,500 match will be required from Jessamine County Little League after the purchase of a new mower if one is necessary. The Wilmore Community Development was awarded $5,000 for the continuation of the group’s Stonebridge programs, such as their Gospel on the Green concert series.

CASA, a Fayette-county program that provides counseling to children going through abuse cases, asked for $12,500 to open an office in Jessamine County. In lieu of a cash donation, the fiscal court is offering to give CASA the old Jessamine County Detention Center, as the building is currently available and unused. If CASA accepts, it will be responsible for utilities.

While not awarded a cash donation at this point, women responsible for the founding of the Jessamine County Soccer Complex were recognized. Beatrice Elizabeth Hood, Pat Ballard, Debbie Curry, Pat Bottom, and Billie Haws were each given plaques for their efforts. Since its conception in 1992, the Jessamine County Soccer Complex has led to over 1,650 young women having the opportunity to play high school soccer for the county, with over 100 students going on to play competitively in college. Furthermore, West expressed interest in offering further support to ensure the Jessamine Soccer Complex has the facilities it needs. According to West, the soccer field is still in need of restrooms.

The Jessamine County Fiscal Court still has $42,500 budgeted for community organizations. This amount may be increased or used for something else entirely.

Rain and shine, the 2021 Fall Festival carried on