NASA testing autonomous robots in Jessamine for a DARPA competition 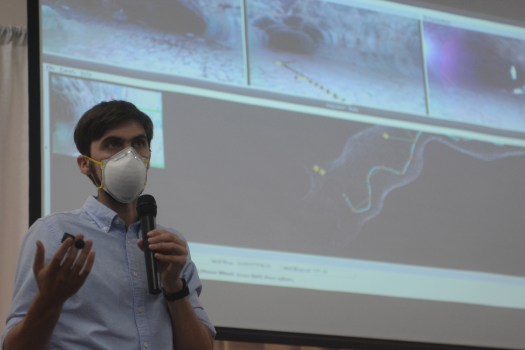 The Jessamine Chamber of Commerce Sept. 14 luncheon hosted a presentatiob by engineer Ben Morrell of NASA's Jet Propulsion Laboratory. He explained the challenges of subterranian exploration autonomously and how NASA is working to overcome those challenges. (Photo by Dillan Combs) 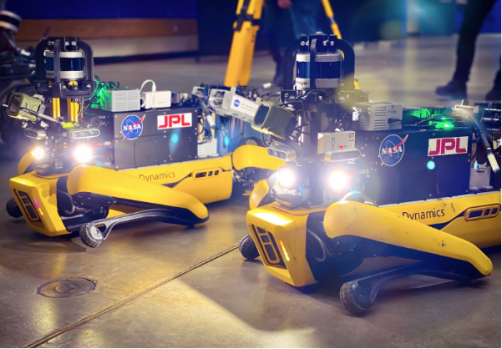 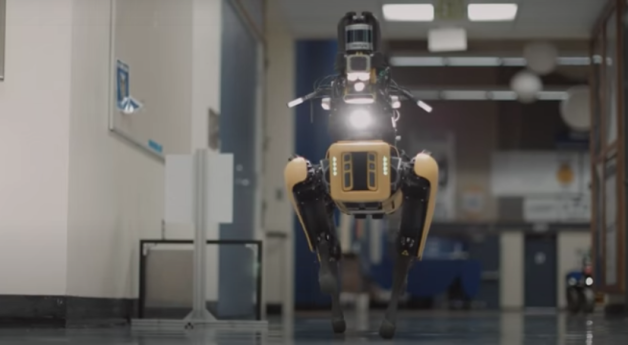 Fierce competition from engineers all over the world, and a prize pool of $2 million. That’s why a team from NASA’s Jet Propulsion Laboratory is in Jessamine County, according to Benjamin Morrell, one of the lab’s robotics engineers.

“JPL does everything except jet propulsion,” chuckled Morrell, “What we’re really known for is robotic space exploration.”

The laboratory is responsible for designing the robots that NASA sends to explore other planets – such as the rovers sent to Mars. Part of the reason JPL is participating in the competition is to further their own schematics when it comes to creating a robot capable of autonomously traversing and mapping out caves.

“When we send a robot in to explore, how does it know where it is? How does it get into a cave system? How does it work out where to go and how to find things of interest on extreme terrain? Those are the challenges JPL is tackling,” Morrell explained.
JPL has been using a modified version of Spot, a Boston Dynamics model of robot that moves autonomously on four legs. Engineers with JPL are experimenting through the attachment of sensors, computer AI, mechanical arms, and other modifications. The plan long-term is to send teams of Spot robots, each with their own specialties, out into planetary exploration. One robot might have an arm that allows it to swab and collect samples of materials from distant planets. Another might drop beacons to ensure connection between the robots and NASA is not disrupted.

Morrell added that, in order to explore an unmapped, underground environment, the robots will need to be able to map the area out itself. Attached to the Spot models by JPL is a 3D sensor that sends out pulses of light in every direction. When the light bounces off a wall and returns to the sensor. Through a calculation of how long it took the light to return, the sensors can create an approximate map of cave systems.

The DARPA Subterranean Challenge is being held within the Louisville Mega Cavern from Sept. 18 – 23. Sixteen teams comprised of individuals from the likes of the University of Colorado, or Robotika Industries from the Czech Republic, are tasked with preparing a robot that explore the Mega Cavern and find a set of items left throughout. Prizes of $500,000 for first place, $250,000 for second place and $100,000 for third place will be given out to the teams whose robots were most successful in locating the items.

“Ultimately, we hope to one day get these robots to space,” said Morrell. “But we’re a long way away from space exploration. We need to continue testing so we can one day be ready. You only get to send a robot out once, so we need to make sure we’re absolutely prepared to send our robots out on missions. We’ve been testing in real environments across the US in hopes that one day, we will be ready.”