UK commit Sharpe will play in Kentucky this season 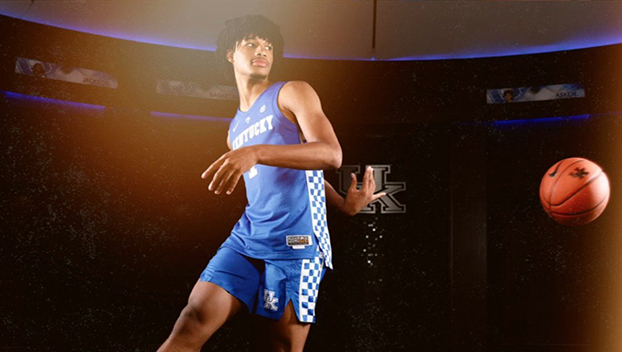 Because he’s brought numerous teams to Kentucky to play before, Dream City Christian coach Kyle Weaver knows what it will be like when his team makes the trip from Arizona to the Bluegrass for two basketball events this season after his star guard, Shaedon Sharpe, verbally committed to UK last week.

Sharpe and his teammates will play at the Marshall County Hoopfest Dec. 2-5 and then at McCracken County Mustang Madness Jan. 6-9.

“It will be an unbelievable atmosphere,” said Weaver. “It will be sold out and nothing but blue in there. I always tell everybody just playing in Kentucky is a different level of basketball and then you add a Kentucky commit, or someone just being recruited by Kentucky, and the fans really swarm.

“I think it will be absolute nuts with fans wanting to see him play. You never understand how big basketball is in Kentucky until you play in that state.”

Sharpe averaged 21.4 points and six rebounds per game last year for Dream City despite battling injuries much of the season. He blossomed this summer and is ranked No. 1 in the 2022 recruiting class by several recruiting services after barely being in the top 200 after his sophomore season at Sunrise Christian.

“Confidence-wise obviously just being recognized from unknown to ranked to now No. 1 on multiple polls is a big, big deal,” Weaver said. “His game has gone to a whole different level and he is such an efficient player. He doesn’t have to be a volume shooter to score points.

“He shoots it great. He will probably be our best shooter this year. His deep range is phenomenal. He shoots from NBA range and beyond. He has such a fluid shot and is so consistent. I am expecting him to shoot in the 45 percent range and up (on 3-pointers) this season.”