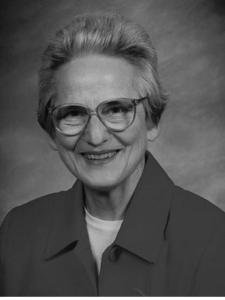 Martha McDowell Evans Sparks died Aug. 30, 2021 in Wilmore, KY. She was born June 2, 1927 in Wilmore, Kentucky, the daughter of Harry McDowell Evans and Mattie Harris Evans. She lived at Wesley Village Senior Living Community in Wilmore at the time of her death. A Memorial Service will be held 1 pm Thurs., Sept. 16 at Wilmore Free Methodist Church, 1200 Lexington Rd., Wilmore, KY 40390. In lieu of flowers, contributions may be made to the American Bible Society or to a charity of your choice. She attended Asbury College, Wilmore, Kentucky, for two years. She received the A.B. degree in journalism in 1948 and an M.A. in experimental psychology in 1949 from the University of Kentucky. She received the M.S. in Library Science from the University of North Carolina at Chapel Hill in 1968. She married Bertel M. Sparks on August 20, 1952, in Wilmore. They made their home from 1952 until 1966 in New York City. They moved to Durham, North Carolina in 1967. Bertel Sparks died in 1994. Martha returned to Wilmore in 2002. Martha Sparks was active in Trinity Avenue Presbyterian Church, Durham, North Carolina, where she taught a Bible study class for 19 years. She was the first woman elected elder at Trinity Avenue Presbyterian. After moving back to Wilmore, she joined the Wilmore Free Methodist Church. She was a member of Beta Phi Mu library science scholastic honorary and Theta Sigma Phi, journalism honorary. She was a member of the Wilmore Lions Club. She was the author of five books and of more than 100 magazine and journal articles. Several cousins survive her. Graveside services were held Thurs., Sept. 2 at Berea Cemetery, Berea, KY with burial beside her husband.