Walker not scared by high expectations 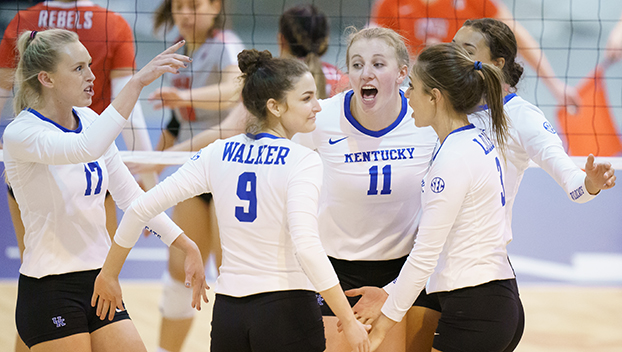 Riah Walker could be the starting libero for defending national champion UK but she does have one major fear off the court. (UK Athletics Photo)

Sometimes I think we can all forget that major college athletes are not that much different from a lot of us.

That doesn’t scare her. But guess what does? Frogs.

“I hate them. That is my biggest fear,” Walker said. “Growing up in Florida, frogs have always been traumatic to me. I have just always been scared of them. They are just slimy and jump on you. Fortunately I have not seen any frogs in Kentucky and hope I don’t.”

Yet she had no fear at age 7 when her sisters influenced her to start playing volleyball.

“I played with my second oldest sister in high school and club because I always played up. She reminds me of (former UK All-American) Madison (Lilley). She was a setter and was always on everyone. She was tougher on me because I was her sister but that gave me thick skin.”

“I played beach volleyball when I was younger but liked indoor more, so I just stuck with that and I am glad I did,” Walker said.