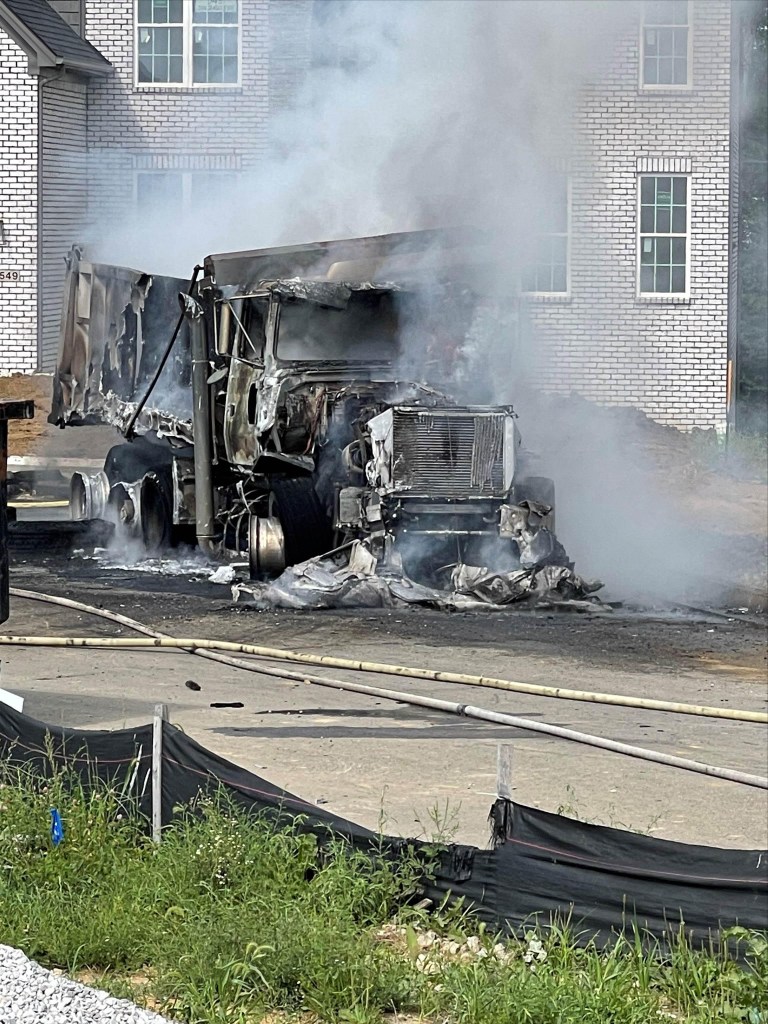 The dump truck Brannon Meadow Way after it had been exstinguished. (Photo courtesy of Ryan Williamson)

A fire Wedensday morning at a construction site on Brannon Meadow Way leaves one man dead and another injured.

According to Nicholasville Fire Marshall David Johns, a dump truck caught on fire as construction crews were performing a welding job on its frame. James Padgett, 31, of Stamping Ground, was performing the welding-job and suffered serious burns. Another man, who’s name has not been released, suffered burns to the lower half of his body.

Both men were transported to the UK Chandler Medical Center. Padgett was then flown to the University of Cincinnati Medical Center, where he was pronounced dead, according to Johns. The other man was discharged from the hospital today, Johns said.

The fire was first reported to as an explosion. Johns said what bystanders actually heard was the dump truck’s tires releasing air as they burned.

Nicholasville Police contacted the Lexington Police Department to request assistance with blocking traffic on Nicholasville Road in Lexington to make a path for ambulances to UK.

Johns said the incident is under investigation from both Occupational Safety and Health Administration and the Nicholasville Fire Department.