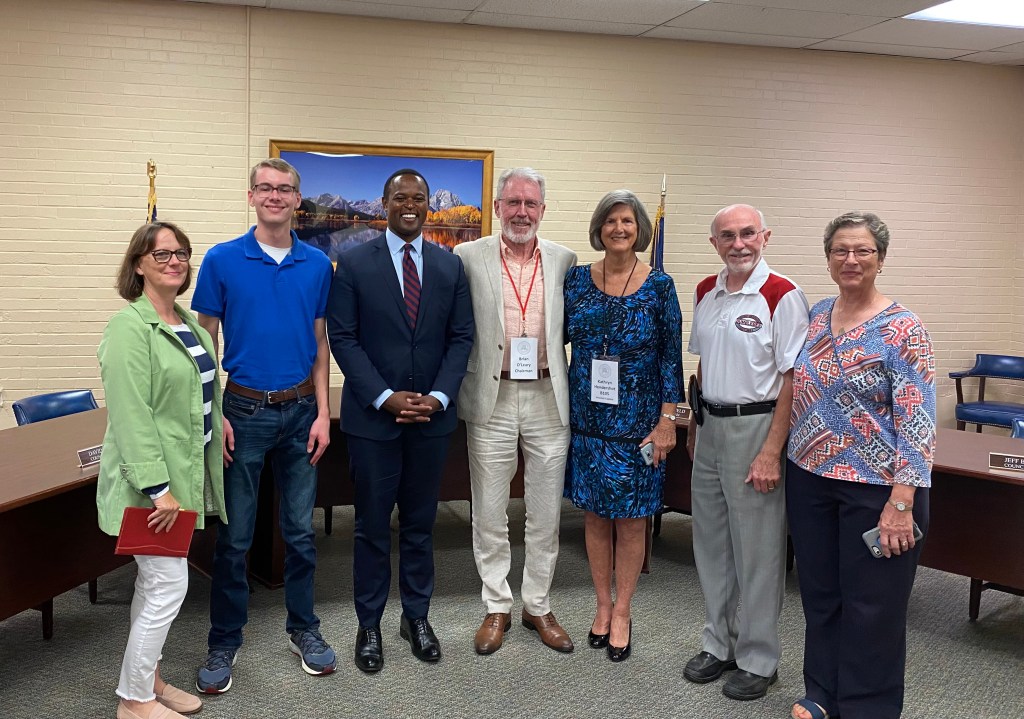 Cameron spoke of his “Covenant with the Commonwealth,” which includes defending Kentucky’s common values, being a watchman at the gate and being a good neighbor.

Cameron noted that “The Constitution is not suspended.” He said defending Kentucky values includes protecting our freedoms from Democrat Governor Andy Beshear’s unconstitutional Covid-19 mandates and protecting the unborn against the unspeakable torture of dismemberment, a process outlawed by the Kentucky legislature some years ago that has since been tied up in the courts. Cameron’s defense of the unborn is to be heard by the US Supreme Court October 12.

Deploring Gov. Beshear’s singular attack on religion, Cameron also reflected on the early days of Covid when churches were closed but big-box stores were open, and Kentuckians could not cross the Ohio River to go to a nearby restaurant in Indiana.

Child abuse detection and prevention are also in the Attorney General’s sights, he said, with appropriate search warrants to seek out offenders.

On being a good neighbor, Cameron referenced the ongoing opioid epidemic and his office’s efforts to combat it by suing drug companies, along with working on the use of search warrants. Arising from their role in the opioid epidemic, global legal settlement with major drug producers and distributors had yielded $460 million to finance the anti drug effort.