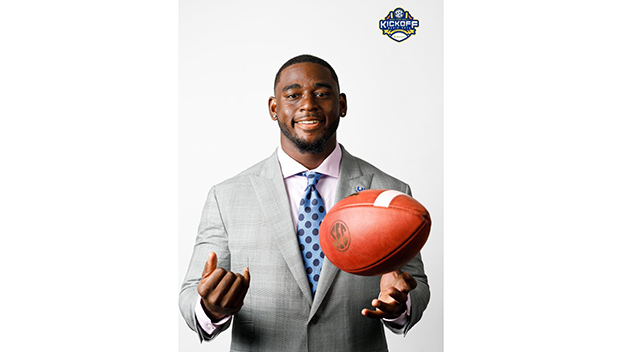 Josh Paschal is for an expanded College Football Playoff system but does not think that would have impacted how UK has played effort-wise during his career. (SEC Photo)

The proposed College Football Playoff expansion will likely increase playoff teams from four to 12 and count UK senior defensive lineman Josh Paschal as a believer in the change.

For a team like Kentucky, that’s big because knowing being in the top 12, not the top four, could result in a playoff berth is a more realistic expectation. However, Paschal doesn’t think it would change the way teams he has been on have played.

“I know that we gave it our all each season. Especially at Kentucky, we’ve been through a lot, not only in Kentucky football but in our athletic program. We took a lot of losses in our athletic program, especially with coach Schlarman and the football program, and of course with (linebacker) Chris Oats,” Paschal said. “Playing lightly is something that we don’t do, so I think we’re all good with that.”

Some have questioned what impact adding more games — probably three — might have on athletes. Paschal understands the concern.

“That would be a lot of games, but at the same time, if you want to be the champion, you’ve got to do it. I don’t think that would really raise a concern to the people that actually get into the playoff expansion,” Paschal said.