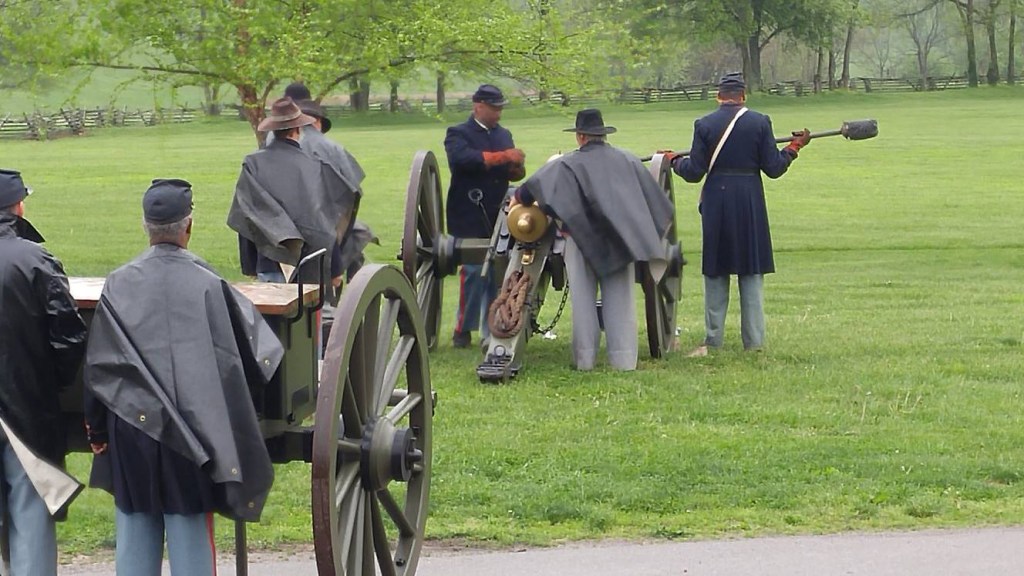 The National Park Service announced the acquisition of the 85.84-acre Glass Farm from Jessamine County, as the newest unit of the Camp Nelson National Monument. (Photo courtesy of Camp Nelson)

NICHOLASVILLE, KY – The National Park Service (NPS) announced the acquisition of the 85.84-acre Glass Farm from Jessamine County, as the newest unit of the Camp Nelson National Monument.

The Glass Farm – an integral parcel of land that resides in the heart of the national monument – was officially transferred to the NPS on July 13 thereby formalizing the 25-year effort from both Jessamine County and the NPS to preserve this historical site in perpetuity with Camp Nelson.

During the Civil War, land that made up the center of Camp Nelson consisted of more than a dozen buildings that included warehouses, shops, offices and even a bakery. These structures supported the U.S. war efforts of more than 10,000 people who were soldiers, civilian workers, and refugees who escaped enslavement by coming to Camp Nelson. After the Civil War, this acreage reverted to farmland and in the early 20th century it became known as the Glass Farm.

The Glass Farm acreage has always been at the heart of the preservation effort for Camp Nelson. The Jessamine County Fiscal Court purchased the farms to the immediate north and south of the Glass Farm, in 1997 and 2000 respectively, to create the Camp Nelson Heritage Park. The Glass Farm was the missing piece of the historic puzzle until its purchase by the Fiscal Court in 2015. In 2018, by Presidential Proclamation, the county heritage park was converted to Camp Nelson National Monument. With this recent acquisition of Glass Farm, the national park site now encompasses 464.97 acres.

“We are grateful for the partnerships that were instrumental in finalizing the land transfer to help conserve, connect and restore this historic property for future generations. Without the effort and vision of so many community members and the willingness of landowners, Camp Nelson National Monument would not exist,” said Camp Nelson National Monument Superintendent Ernie Price.

The addition of the Glass Farm to the monument also compliments President Biden’s America the Beautiful initiative to conserve 30% of our nation’s lands and waters by 2030 to improve our economy, health, and well-being.

“This is a great example of a locally led conservation effort that not only makes an important historical landscape accessible to everyone but will increase tourism and provide more open green spaces for healthy recreation,” said Price. The NPS is developing management plans and will invite public involvement on the planning for the new acreage. A Cultural Landscape Plan is currently underway to determine the most effective ways to preserve the integrity of the site while providing access to it. There will also be an archeological survey followed by a trail plan to provide access to the area that contained some of the camp’s warehouses, industrial shops, and the camp bakery. Additionally, the property will continue its tradition of support to the Camp Nelson site with the inclusion of the park’s future maintenance facility.