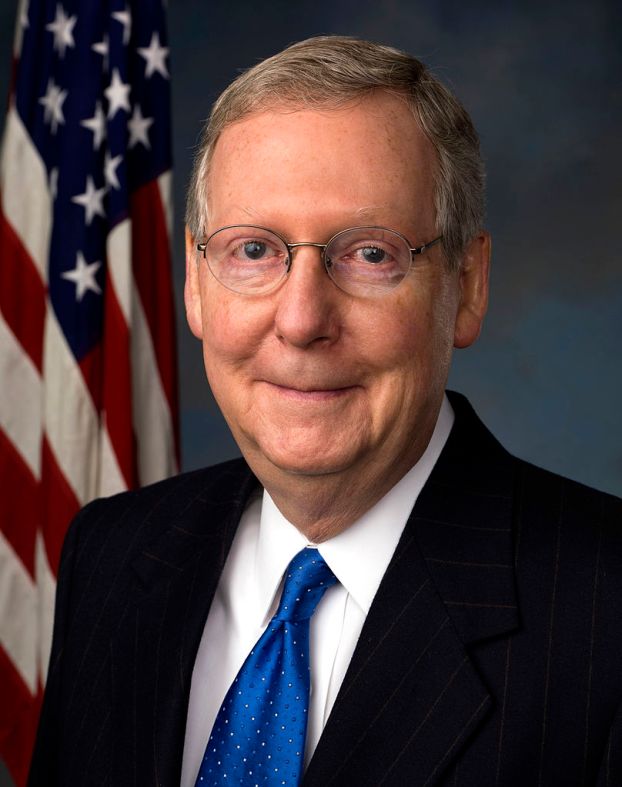 We’ve witnessed a modern, medical miracle over the last 12 months. Multiple safe and highly-effective COVID-19 vaccines are helping Kentuckians put the pain and worry of the past year behind us. These doses are filled with hope and optimism, and I urge every eligible Kentuckian to get their shot as soon as possible.

During a recent two-week break in the Senate’s session, I traveled the Bluegrass to discuss these lifesaving vaccines. I visited clinics in nearly every corner of our commonwealth, thanking hardworking Kentuckians from Pike County to the Purchase. Some facilities are small and serve their local community. Others are massive, like the University of Kentucky’s Kroger Field operation that vaccinates up to 3,000 Kentuckians in a single day.

I was proud the Senate stepped up to help more than 1.5 million Kentuckians receive their shot so far. Last year, we overcame political differences and passed five historic and totally bipartisan rescue packages. We propped up the economy, supported small businesses and workers and fueled Operation Warp Speed with $48 billion to develop vaccinations and treatments in record time.

According to the medical professionals I spoke with, our goal is herd immunity — when 75% of us are vaccinated. Unfortunately, a recent national survey showed hesitance to receive the vaccine among some segments of the population. I took the vaccine just as soon as my turn came, and I encourage you to get your shot too. At this point, Kentuckians 16 and over are eligible to sign-up. Everyone should take the opportunity as quickly as they can. It’s the best way to finish this fight and help our economy come roaring back.

Kentuckians aren’t only helping beat this virus in our own communities. We’re also at the center of the national vaccination effort.

At McKesson in Bullitt County, I saw a distribution facility the size of 20 football fields. Kentucky workers move in and out of massive storage freezers that keep the vaccines at extreme temperatures. From there, doses head to the UPS Worldport logistics hub at the Louisville airport, which has distributed over 110 million doses across the country.

In the last bipartisan rescue package I negotiated in December, the Senate dedicated $8.75 billion for these vaccine distribution efforts. So far, Kentucky has received $87 million from last year’s bills to send shots to all 120 counties.

Our progress toward herd immunity has nothing to do with Washington Democrats’ nearly $2 trillion spending spree passed only weeks ago. Not a single Republican supported their liberal wish list that only spent 1% on vaccines and less than 9% on the entire healthcare fight. They denied the reality of where we are now in fighting this pandemic. Instead, their bill irresponsibly borrowed from future generations and failed to meet the current moment.

During my visits, I also had the opportunity to discuss additional concerns at the top of Kentuckians’ minds. I met with leaders from over a dozen counties still recovering from recent severe ice storms and devastating flooding. Along with my Kentucky Congressional colleagues, I wrote letters to President Biden urging him to quickly approve the Governor’s requests for federal emergency assistance to help our communities get back on their feet.

After stopping by St. Elizabeth Healthcare’s vaccine center in Northern Kentucky, I also got an update on Life Learning Center’s inspirational work to address homelessness and the substance abuse epidemic. While the pandemic has put their services into higher demand, dedicated treatment professionals and career counselors are helping those in need get a second chance. While in Owensboro, I spoke with local officials about their ongoing efforts to keep their streets safe from illicit drugs. Leaders across the Bluegrass are tackling this scourge head-on, and I am proud to continue supporting their work.

As the Senate begins another work period, I’ll take what I heard in Kentucky back with me. Washington Democrats are proposing one bad idea after another to force the whims of New York and California on Middle America. Along with my Republican colleagues, I’m ready to keep defending Kentucky’s values and delivering for our communities.

BY MATT LOCKETT State Representative Over this past year, the coronavirus and its impact on families, businesses, and the health... read more