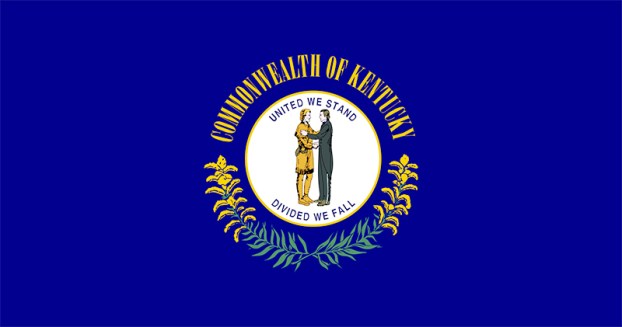 Gov. Andy Beshear announced on Thursday that significant steps are being taken to halt cyberattacks on the state’s unemployment insurance system, including shutting it down for four days.

“These are unavoidable steps,” said Gov. Beshear.  “They are not brought on by the speed of processing, they are brought on by the sophistication of criminal attacks themselves, and the fact that we cannot be sending money to these criminals.  The number one issue we now face in UI is the level of fraud and crime.”

He added it makes it difficult to find real claims when they are covered up by the number of fraudulent ones.

UI systems across the United States have become targets of massive fraud, according to Amy Cubbage, the governor’s General Counsel.

“Most of the fraud in the past has been one-off kind of fraud, where someone files and they lie about why they were discharged,” she said.  “This is organized fraud, often cybercriminals, who are located overseas.  It includes filing fraudulent claims and has now moved into attempts to break into existing accounts and stealing the benefits that are being awarded to proper claimants.”

She said Kansas had to take down their system, put on new controls, then bring it back up.  “They were able to stop 240,000 attempts at fraudulent filings and hacks, in the first few weeks alone.”

In other examples, the state of Washington had to deal with a data breach that affected 1.3 million claimants, and Illinois had over a million attempts at fraudulent filings, Cubbage said.  “In Colorado, there have been ongoing problems where they have paid out multiple billions of dollars in fraudulent benefits, but have been able to stop just as much in payments.”

Kentucky also had more than 200,000 attempts at fraudulent claims, in February alone.  She announced, as a result, Kentucky’s UI system will also be shut down while they make changes to the system, including changing PIN numbers from four to eight digits.

As a result, the public-facing part of the UI system is being shut down at midnight on Thursday and reopening on Tuesday morning.  This means people will not be able to file new claims or request benefits during that time, although once the system reopens, they will allow backdating of claims and benefit requests.

Cubbage said their internal systems will still be operational, so employees can continue processing claims, and that letters will go out to active claimants starting Friday.

In addition, claimants will need to:

• Use the new eight-digit PIN they were mailed.

• Know that the telephone claiming system (interactive voice response) will use the new eight-digit PIN.

• Review all the information on their account to make sure it is correct.

If the last four digits of their bank account or routing number are not in their UI account, claimants will receive a paper check.

While over 1.5 million Kentuckians have received at least their first COVID-19 vaccination, Gov. Beshear also reminded residents that the state’s largest vaccination center will open Monday, April 12, at Cardinal Stadium in Louisville.  11,000 appointments were available there as of Thursday afternoon, and people can pre-register by going to UofLHealth.org or by calling 502-681-1453.

“As you all know, vaccinations are the absolute most important thing we can be doing right now,” Beshear said.  “We are in a race against COVID-19 variants to prevent any kind of fourth surge and defeat this virus once and for all.”

A total of 645 new cases of COVID-19 were reported to state public health officials on Thursday, which beings the pandemic total to 431,487.

There were also 16 more deaths, raising to 6,214, the number of Kentuckians lost to the coronavirus.

Kentucky’s positivity rate declined to 2.81% on Thursday, based on a seven-day rolling average.  It stood at 2.87% on Wednesday.

A total of 377 Kentuckians are currently hospitalized due to COVID-19.  Of them, 102 were in the ICU and 53 on a ventilator.  All represent declines from the previous day.

To see the state’s full daily COVID-19 report, which includes such information as the red zone counties and red zone recommendations, testing locations, vaccine sites, and availability, the weekly White House Coronavirus Task Force reports for Kentucky, executive orders, revised travel guidance from the CDC and other information on the state’s pandemic response, go to kycovid19.ky.gov.

This was the governor’s last scheduled press briefing for the week, although his office is expected to send out daily numbers throughout the weekend.