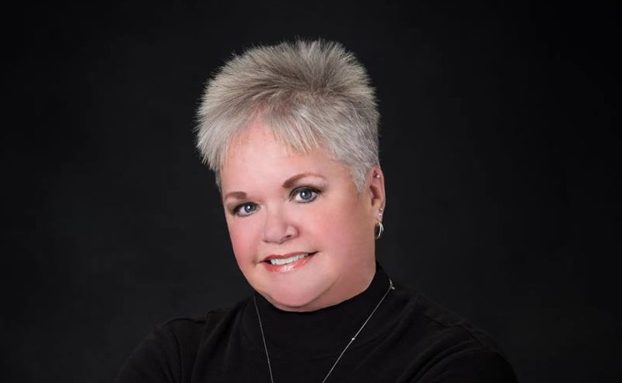 The puzzle pieces are falling into place

I’ve bumbled through life, for the most part, without a clue as to the logic associated with my fate. I’m finding, however, that the older I get, the more the puzzle pieces are falling into place.

On occasion, it feels as though I’m being allowed to take a peek behind the curtain and discern glimpses of the Greater Plan.

Perhaps it’s a sneak preview from the other side that is imparted to those edging ever closer to the ethereal, so we won’t be shocked when all is revealed.

Maybe it’s just a smidgen of wisdom, garnered by decades of bumbling. It could just be an ah-ha moment when I walk away from the puzzle for a bit, only to come back and see a piece that fits.

It’s Sunday morning. I sit at my desk with a cup of strong coffee meant to fuel my brain and inspire my writing. I grab the remote control and locate the program also entitled “Sunday Morning.”

The producers seem to intuit that people need to be awakened gently on Sunday.

The show always begins and ends with no script — no voice-overs — only the soothing sounds of nature. It is those relaxing sounds that draw me in most times..

I am compelled to watch as ice in the most awe-inspiring shade of blue drifts in Arctic waters. Waterfalls which have been in suspended animation with mounds of snow and ice blocking their path are beginning to melt and spill over the edge of the falls.Tiny purple crocus flowers are peeking through the snow as the soil below begins to warm and nourish their roots. All are signs that we’ve survived winter and new life is making an appearance at long last.

On the heels of that gentle awakening comes a segment on frontier schools.Parents from Maine to Iowa have rediscovered a  form of home schooling during the pandemic that dates back to pioneer life.

Unlike the virtual learning method during lockdown that was intended to keep children on the path of learning, frontier schools take the students outside in nature. No walls. No computers. No need for social distancing. Just fresh air producing healthy, rosy cheeks and blowing the cobwebs out of bored, sleepy little brains and invigorating a thirst for knowledge.

As spring is heralded, biology and science are taught while wading through creek beds in galoshes. Marine and plant life are identified with a hands-on approach.

History abounds year ’round, as the children listen to real-life stories of the real-life settlers that were their ancestors on the very ground on which they tread.

That was my ah-ha moment — the moment when I realized that, while the pandemic has caused innumerable inconveniences and great loss and sadness, there have also been lessons in abundance, if we are wise enough to recognize and adopt them going forward.

As parents, we know that children don’t always listen to the wisdom we strive to impart. Oftentimes, the only way to make a child hear us is to practice tough love. Children sometimes must feel the harsh repercussions of their actions before they are willing to modify their behavior.

It seems as though the worldwide pandemic might be a wake-up call meant to alert us all to the errors of our ways and put us back on the right path.

Face it, we’ve grown into spoiled brats. It wasn’t enough to want fine homes, expensive cars and designer clothes. We also wanted designer children. We deluded ourselves into believing that both parents could cram 80 hours into 40 hour work weeks, climb the corporate ladder, and still come home to well-adjusted children.

The pandemic forced us to stay at home and help our children navigate new ways of learning — some virtually and some in nature.

Yes, we’ve suffered. Many have experienced depression and anxiety. We’ve felt not only great financial loss, but the loss of loved ones who have fallen victim to this dreaded virus.

Just for a moment, walk away from the table on which the jigsaw pieces that remain of our lives have been scattered. Then, return with fresh eyes and see the greater picture.

Look at the background of the puzzle. When humanity was forced to slow down and stay at home, air pollution became minimal. Fewer vehicles on the roadways, fewer jets on runways, and closed factories have all resulted in fewer emissions.

Now look at the foreground of the picture. Families came together again. Meals were prepared at home and families sat down to dinner together. Children were given the priceless gift of having their parent’s/grandparent’s undivided attention.

When forced to find alternative sources of income, many have identified skills they never knew they had before. Some have even created home businesses that are far less stressful and more satisfying.

Many have had to trim the fat from our budgets. While it might have been a tad painful at first, we ultimately discovered that things we thought were necessities were frills and extravagances. Once we became accustomed to living without them, we came to realize that the expense had only added stress that far outweighed any pleasure or convenience.

If your puzzle pieces aren’t more readily fitting together, walk away from the table and then come back with fresh perspective. Make a list of the valuable lessons the past year of tough love and timeout has taught.

Now that the sun is shining again and we can envision a new beginning, will you toss away your mask, along with lessons we were intended to learn? Or will you resolve to incorporate them into your life going forward?

Spring is the time for new life and new beginnings. Make a fresh start in a new and better direction.

BY TIFFANY EVANS Journal Columnist With Easter right around the corner, I recently began my search for cute outfits for... read more