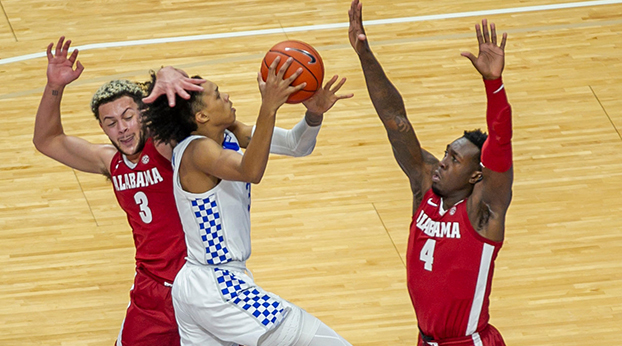 BJ Boston has decided to forgo his collegiate career and pursue a professional career.

The Kentucky freshman guard is the third player to declare for the NBA draft since the season ended with a 74-73 loss to Mississippi State on March 11 in the Southeastern Conference Tournament. Classmates Isaiah Jackson and Terrence Clarke also declared for the draft this week. Jackson hasn’t fully committed, not signing with an agent to leave the door open for a possible return next season.

Boston started 24 of 25 games and averaged 11.5 points per game and 4.5 rebounds per outing. He led the team by scoring double figures in 17 games and made 23 3-pointers in the last nine games.

“Being a professional basketball player has been my dream for as long as I can remember,” he said. “I’m excited about this opportunity and I know that I will have the foundation to handle anything that comes my way because of my time as a Wildcat. With that being said, I will be declaring for the 2021 NBA Draft.”

“Brandon would be the first to tell you this season wasn’t easy,” he said. “It was tough and filled with challenges. But what impressed me with him is how he handled any adversity thrown his way like a professional would — with maturity and with a work ethic that some of our best guys in that league have had.”

“He just kept working. BJ got so much better as the season went on and has only scratched the surface of who he is going to become as a player,” the Kentucky coach said. “He has the mindset, the drive, and the skillset to succeed in that league. BJ and his family know they have my full support and I look forward to watching him chase his dreams.”

For the second year in a row, Kentucky won’t have a spring football game. The Wildcats will forge ahead with... read more