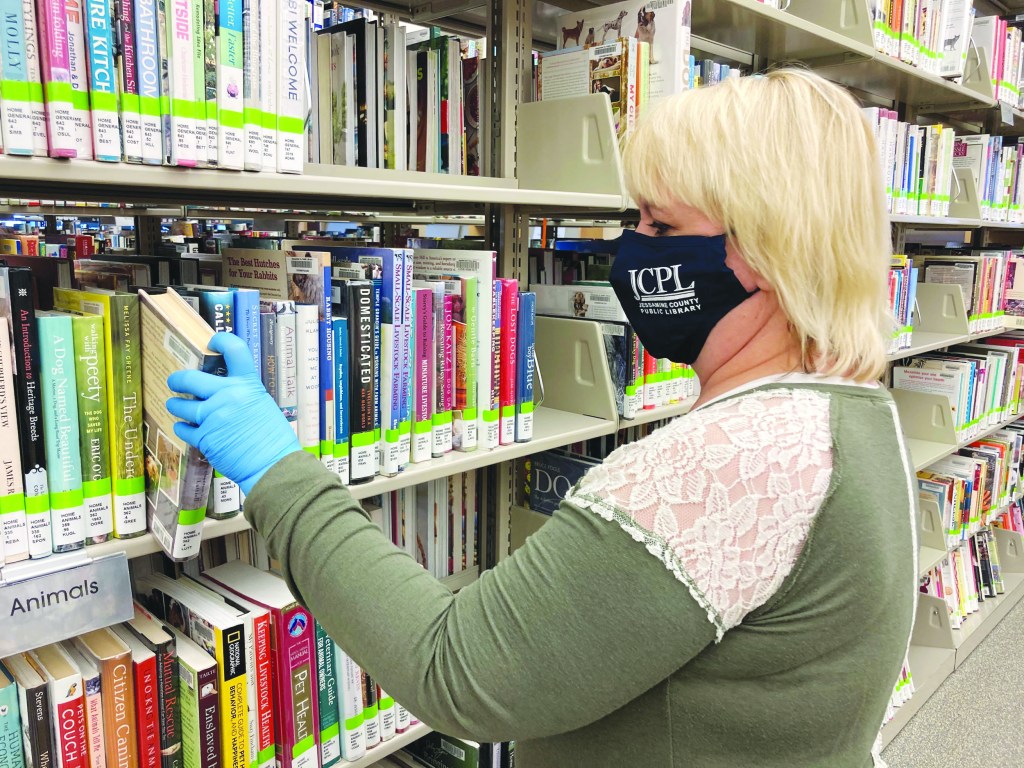 Wilmore won’t have the full-service branch of the Jessamine County Public Library many had hoped for, but it will have a scaled-down version — a self-service “hub” that will be on the main floor of the new city hall.

It will be open to JCPL patrons whenever the city government building is open, and library members will be able to use their cards both as a key to gain access to the roomful of books and electronic materials, as well as to check them out.

Ron Critchfield, executive director of the public library in Nicholasville, said the library board decided not to spend the large amount it would have taken to renovate the basement of the building at 210 S. Lexington Ave. to make their plans work.

“It would be cost-prohibitive,” Critchfield said. “The renovation was the issue, the cost to bring it up to code.”

The decision had nothing to do with the rent or with property it had previously purchased in Brannon Crossing as a possible branch location someday, contrary to rumors, the director said.

“This will be the first of its kind” in the area, Critchfield said, and he doesn’t know of another like it in the state.

The library hub won’t be staffed, but members may use their cards like hotel room key cards to open the door to the room and check out materials at a self-serve terminal as they can do at the main library in Nicholasville. There will be a limited selection of materials, including new and popular books and DVDs for children and adults, and a public access computer and printer.

Because of coronavirus restrictions, Critchfield said, the number of people who can be in the room at one time will be limited, and the door won’t open to let more in until someone leaves.

The new City Hall opened last year in the old Wilmore Elementary School building, and there was room enough for some other government tenants, including a branch of the Jessamine County Clerk’s Office. There were two classrooms left on the main floor, and the library will rent one of them, a 720-square-foot space. Mayor Harold Rainwater said that if the library needs to rent the other room as well, it is available, but it is the last classroom still vacant on the ground level.

Rainwater and other city officials had hoped to lease the basement, which would have its own parking lot, be accessible to people with disabilities, and would have a separate entrance so that it could be open at night and on weekends. But the mayor said that to do what the library wanted would involve a more extensive renovation than what he had in mind when he was negotiating the lease.

The mayor and library director agree, however, that the hub will be a good alternative.

“The Wilmore community are very good library users, so we want to support them,” Critchfield said. “We are coming to Wilmore.”

In addition to opening the hub inside the building, the JCPL Library in a Box kiosk and return box that were at WesBanco on Wilmore’s Main Street have been moved to City Hall so people can check out and return materials using their cards even when the building isn’t open to the public.

As for the Brannon Crossing location, Critchfield said, the Public Library purchased land a year ago on East Brannon Road as an investment “before it got too expensive,” but it hasn’t even started planning a branch library for that location. It may happen someday, or the library may build somewhere else instead.

That part of the county is a strong growth area, but JCPL plans to do a survey in the spring that will include asking people where they would like to see a new branch. The library at 600 S. Main St. in Nicholasville has been expanded multiple times and had been lending hundreds of thousands of items a year until the COVID-19 pandemic forced the library to close its doors for several months, although it always maintained curbside service and online lending.

In January, the library reopened to in-person use nine hours a day instead of the previous 12, but use of the library remains high.