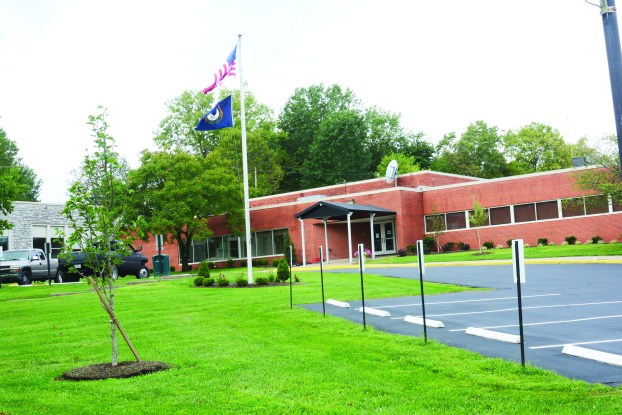 The 600-acre Bicknell Farm development on Ky. 29 cleared a first hurdle Monday night when Wilmore City Council members voted unanimously to approve an intent to annex on the first reading.

The intent ordinance must come back to the council for the second reading and vote, then go to the Jessamine County Planning Commission for a recommendation on the actual annexation and development plans before it comes back once more to city officials for first and second reading on the final approval of the annexation.

The process is expected to take about 60 days.

Councilman Andy Bathje, who made the motion on the intent ordinance, included a condition that the development include a “greenway” trail along the Wilmore-High Bridge Road (Ky. 29) to the Kentucky River Palisades. During the meeting, Bathje said, Clay Corman, the contractor, and Jason Banks of Banks Engineering in Lexington, agreed to include about a mile of easement for a path along Shanty Hill and Ky. 29 to connect to the Asbury University trail. However, they did not commit to building the trail.

Bathje said the meeting room was “packed,” and after the vote on the annexation, many of the visitors left.

“About a third of them were there to advocate for a path to the palisades,” he speculated.

According to Mayor Harold Rainwater, the development will be one-acre lots for single-family residences.

The mayor favors the development and has said that if the city doesn’t annex it, Jessamine County’s government will approve it.

The city intends to provide the water for the subdivision, but the houses will be on in-ground septic systems, not city sewer lines.

Bathje said one possible issue with the development is that some of the houses have access only to Ky. 29 and others on the other side only to U.S. 68 because of a creek that runs between the two sections.

Also during the meeting Monday night, the council unanimously approved an ordinance to regulate alcohol sales in the city.

Last November, when voters approved a referendum on the ballot to allow alcohol sales county-wide, Wilmore city officials believed it didn’t apply to their city because it is an incorporated area. But the question was worded in such a way that it made no mention of any exceptions. Organizers of the campaign say that was not their intention, but at least until the city can have its own referendum, in 2022, Wilmore will be wet, and city officials want to control when and where alcohol can be sold.

The ordinance that passed Monday night would prohibit alcohol sales on Sundays and allow them only between the hours of  8 a.m. and 9 p.m. Alcohol by the drink could only be sold in establishments that get at least 70 percent of their income from the sale of food. Rainwater has said he doesn’t want a bar in town and would rather drinks be sold only in restaurants.

Nudity and adult entertainment would also be prohibited.

Package sales of beer and other beverages would be allowed.

A second reading and vote will be required to enact the ordinance.

Also, the council members voted to amend the city’s ordinance for keeping chickens and ducks within city limits. It lifted the limit of six birds per household.

“There is no longer any limit on how many birds you can have,” Bathje said.

There will, however, continue to be nuisance restrictions on keeping backyard chickens and ducks.

With sunny skies and temperatures in the 60s the week, the winter storms of last week may be an unpleasant... read more