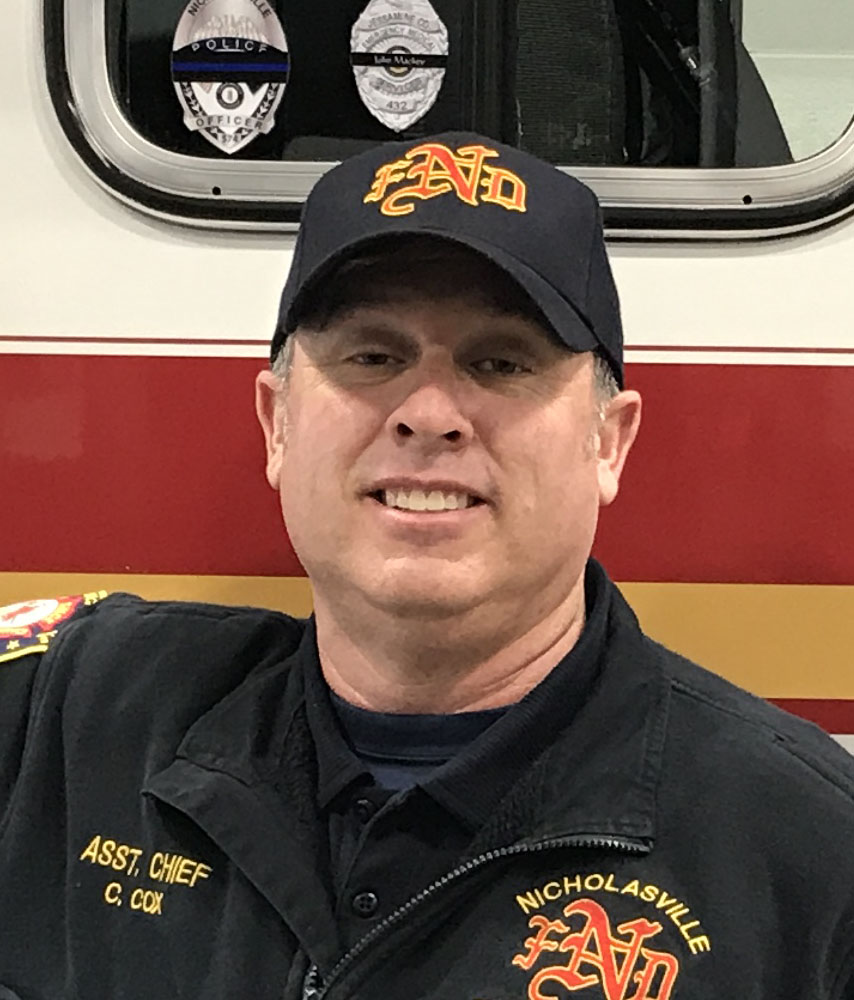 Mark Case and Craig Cox progressed together through the ranks at the Nicholasville Fire Department.

They started in the same recruit class in late 1998, and continued all the way to the top with Case serving as chief for the last six years and Cox as the assistant chief for three years.

After Case retired Feb. 1, it seems fitting that Cox follow as the new chief. The Nicholasville City Commission affirmed the choice a week ago, following a brief stint as interim chief.

“I’m very grateful for everything (Case) did during his time and how far he moved the department as far as equipment we have, personnel we have, opening a new station,” Cox said. “He has been a good example for how a chief should be.”

Cox, a Nicholasville native, credits Victor Robinson, a long-time family friend, with sparking his interest in the fire service. Robinson retired from the Lexington Fire Department as a lieutenant in 1991, he said.

“It’s something I was interested in doing from hearing our family friend talking about it,” Cox said.

As good a shape as the department is in currently, Cox said there are several things he’d like to do to make it better.

“One of the things I’d like to see is continuing to work with the commission to replace an aging fire truck fleet,” he said. Two of the department’s front line trucks are about 20 years old.

“Another of my big goals is to secure some space somewhere,” he said. “When the police move out of the (current) building, I’d like to explore moving the fire administration staff into that building.”

The administrative staff is currently spread among the four stations, with Cox presently working from Station 4.

“To be the most effective, we need to be in a building together,” he said.

When the COVID restrictions ease, Cox said he would like to resume fire prevention programs in the local schools, hopefully with a new mobile fire safety house.

“Fire prevention is as important as fire suppression, if not more important,” Cox said.

“I enjoy riding the truck and making calls and helping people,” he said. “It allows me to be hands on. I definitely didn’t want to give that up. It’s a way to keep up your EMT skills and other technical skills. The most important thing is its direct interaction and direct help to the public.”