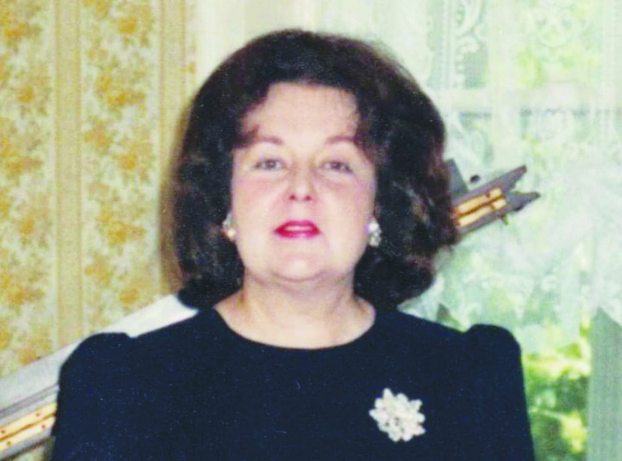 Jessamine County is remembering a longtime community leader and preservationist wo died Jan. 9, five days before her 83rd birthday.

Margaret Rose Morgan was Wilmore’s community development director for 20 years, played an important part in establishing High Bridge Park on the Kentucky River near her historic 18th century home, and was largely responsible for the preservation of what is now Camp Nelson National Monument.

Former County Judge-Executive Neal Cassity said that during his many years in public office, Morgan had a hand in almost every major preservation project the county was involved in and was a great motivator who could get people to do more than they would have if it hadn’t been for her encouraging them.

“Margaret was a fine lady, and did a lot for Jessamine County and Wilmore,” Cassity said.

A native of Paducah, Morgan lived for many years in Jessamine County with her husband, Terry Morgan, in the John Curd House, built in the 1790s, and she had an abiding interest in history, according to Cassity and others.

Longtime Magistrate George Dean said he got to know Morgan, who had studied dance and music, as a fellow actor in a historic play about Camp Nelson.

“We became good friends,” he said.

When he spoke at an event at Camp Nelson, Dean said that the U.S. Park Service property would not have become the tourist site it is without the vision of Margaret Morgan. She studied the history and archaeology of the Civil War site, which was a Union Army supply depot, one of the largest recruiting posts for black soldiers and was close to the refugee community for the families of the formerly enslaved soldiers. She was instrumental in persuading county leaders to turn the site into a county park with the idea that it would someday become a state or national park, which happened in the fall of 2018, Dean said.

She did the same for High Bridge Park on the Kentucky River overlooking what was once the world’s highest cantilever bridge. In the late 19th century, it was a famous gathering place for dances and President Rutherford B. Hayes attended its dedication. Morgan played a part in restoring the park, which includes a wooden pavilion and river overlooks.

She also helped raise funds for “The Paul Sawyier Story,” a drama about the Kentucky artist who lived for a time at High Bridge, as a member of the Special Events Committee, and performed in the play with her husband.

She was a member of the Jessamine County Kentucky River Task Force, which promoted the importance of the river to the early history and development of the county.

As Wilmore’s community development director, Morgan played a role in acquiring the Rice House for a local history center, a caboose for a railway museum and the Wilmore Downtown Green, as an outdoor events venue.

“She was a gracious lady with a lot of Southern charm — something of a steel magnolia,” said Judy Woolums, who succeeded Morgan as community development director for Wilmore.

She was kind to everybody, and it was rarer to hear her criticize someone, even when she didn’t agree with them, Woolums said.

Morgan loved farm life and chaired the Extension and 4-H councils. But she lived her last years in Lexington at an assisted living facility, where she died peacefully in her sleep. She was eulogized by Wilmore City Councilman Leonard Fitch at a graveside service at the Lexington Cemetery.