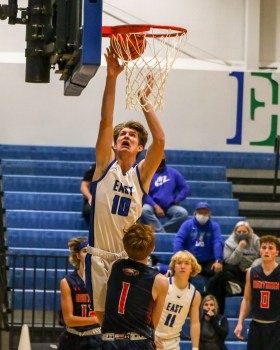 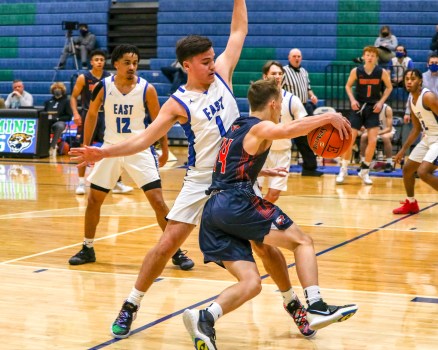 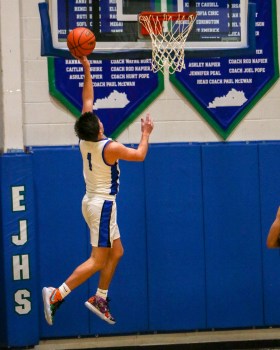 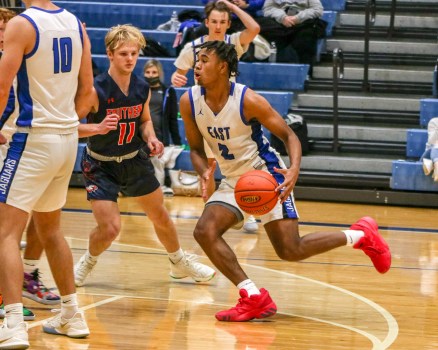 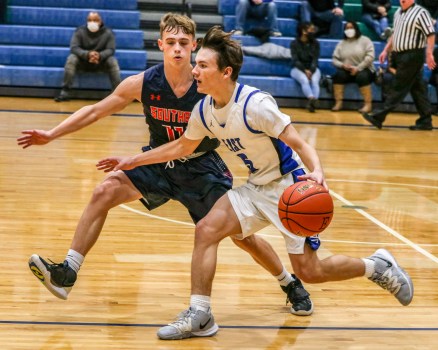 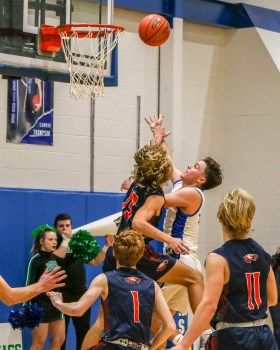 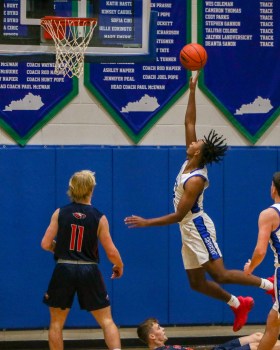 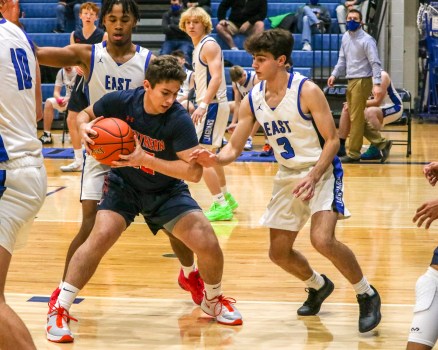 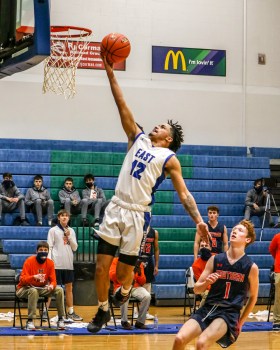 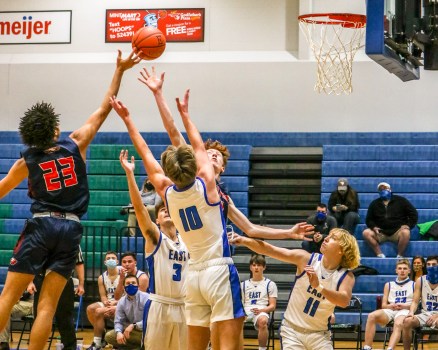 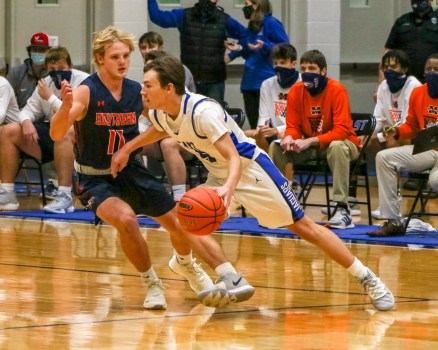 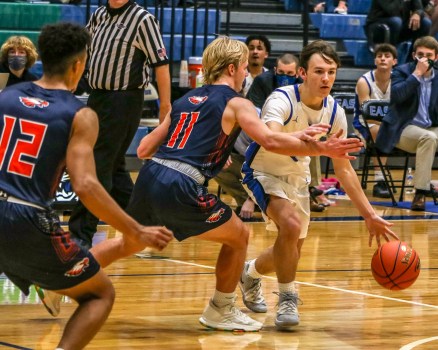 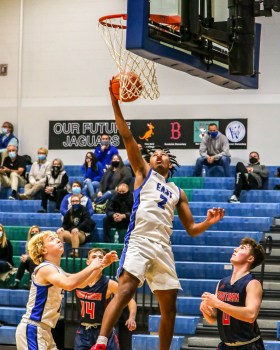 The East Jessamine Jaguars’ boys team started off the season in a dramatic fashion as they took on visiting Madison Southern, pulling out a 60-59 win.

In head coach Matthew Chewning’s first win at the helm, senior guard Ben McNew led the team with 21 points, with fellow seniors Devin Johnson and Caleb Smith kicking in 13 and 12 points, respectively. In fact, Smith hit the game-tying layup with less than two minutes remaining to tie the game at 58-58, hit another layup to give the Jags the lead, then grabbed the final rebound with only 1.8 seconds remaining to seal the one-point victory.

The Jaguars held a nine-point lead with 6:31 remaining in the fourth period, thanks to a three-pointer and foul drawn by senior forward-guard Collin McElfresh. Madison Southern made it 54-53, taking the lead with 3:36 remaining in the game, due largely in part to a dramatically more aggressive full-court attack by the Eagles. The Eagles carried the same tempo for much of the first half, forcing the home team into 14 turnovers for the game.

However, the Jags quickly matched the Eagles’ pace and gradually retook the lead in the game’s waning moments.

Coach Chewning, for his part, was noticeably proud of his team, as well as his first win at the helm.

“Hey, we got it done. We got it done,” Chewning said, replying to fans who were congratulating him after the game.

“This is official career win number one, yeah,” the coach confirmed. “That’s two years in a row that Madison Southern’s not been an easy game, whatsoever.”

“We had to fight like heck in the fourth quarter, just to bring it back. Last year we won by one, on a very similar play,” he continued, with a chuckle, as he recalled the previous match-up with the Eagles.

When asked about the pressure that the Eagles put on the Jaguars in both the first and second half, Chewning replied, “I told them in (the locker room) to just slow down. Not physically, but just to slow the game down (mentally), and just make the simple play, whether it’s a bounce pass or whatever. Just to quit trying to force the pass over the top. That’s what (the Eagles) want.”

“And I think we showed tonight, and the guys are finally going to understand, that we can play any way we need to win.”

Continuing on the subject of his team’s ability to match the Eagles’ increased physicality, Coach Chewning praised his team’s response. “I told them, ‘Guys, all I ask from you is effort, and let’s execute the best we can.’”

“And of course, you know, this is the first game. You knew it was gonna be all over the place,” he continued, commenting on the pace and execution of players on both sides.

“We got it done when we needed to get it done,” he said in conclusion, praising his team’s ability to draw from experience, a Jaguars roster that now has eight seniors on it.

The Jaguars followed up this victory in the season opener with a decisive 63-48 road win over Franklin County.