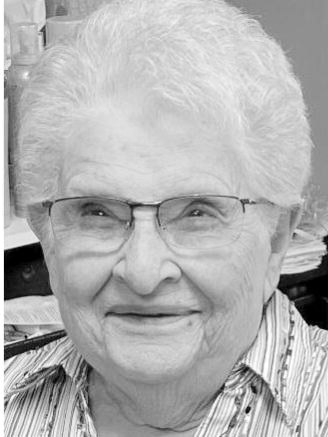 She was born on Feb. 22, 1926, in Blackey, Kentucky, to the late John Welsh Moss and Lilly Goldstein Moss.

Dorothy was an administrative assistant for Federal Judge B.T. Moynahan for several years and was a member of the Nicholasville Chapter of the DAR.

She was preceded in death by a brother, Joseph McKinney Moss.

Betts & West Funeral Home is in charge of arrangements and all services will be private.

Family and friends will serve as bearers.

The family would like to thank the staff at the Willows at Fritz Farm and the caregivers at Home Instead for being a surrogate family the past nine months.

Donations may be made to the Kentucky Special Olympics or the Multiple Sclerosis Society.