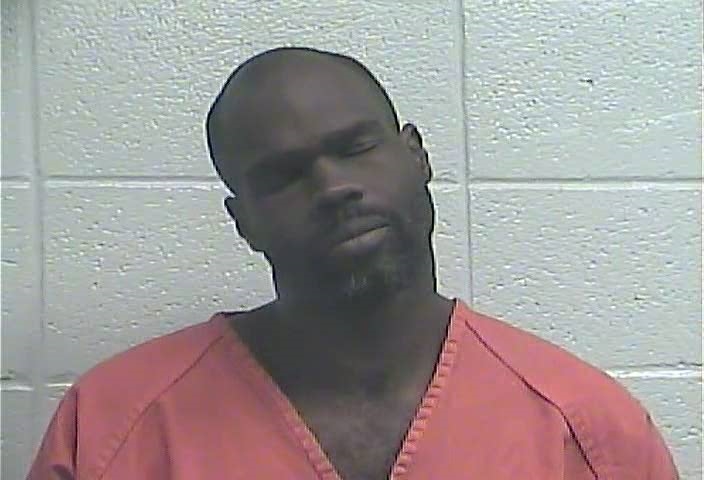 Police charged a Nicholasville man with first-degree robbery after stealing a truck,

According to police records, Joseph Turner, 42, of Ridgeview Drive, was arrested Nov. 17 by Nicholasville Police.

The robbery reportedly occurred the previous day when Turner was accused of assaulting and injuring a person before stealing a truck.

Turner was located near Broadway and South First streets on Nov. 17, and arrested. Officers said Turner denied the allegations.

Turner was lodged in the Jessamine County Detention Center.

Nicholasville Police charged a woman with second-degree assault after she allegedly used a metal item to injure another person in the home.

According to court documents, officers were called to a residence on South Central Avenue for a domestic disturbance on Nov. 18. Officers met the victim at the scene, who was also bitten by a dog during the incident. During the argument, 48-year-old Sylvia Penman allegedly began swinging a “metal household decorative item” and struck the victim in the head. The victim was transported to St. Joseph Jessamine to be treated.

Penman told officers she did not hit the victim with the object, but that the victim put his hands on her.

Penman was arrested and charged with second-degree assault.

Police arrested a Nicholasville woman for switching price tags on more than $400 in merchandise at Walmart.

Hulett admitted to changing prices and said she was trying to buy presents for her grandchildren. The value of the items was $438.35.

Hulett was arrested and charged with theft by unlawful taking and lodged in the Jessamine County Detention Center. She was also served an outstanding warrant.

Holiday looked different this year for some families