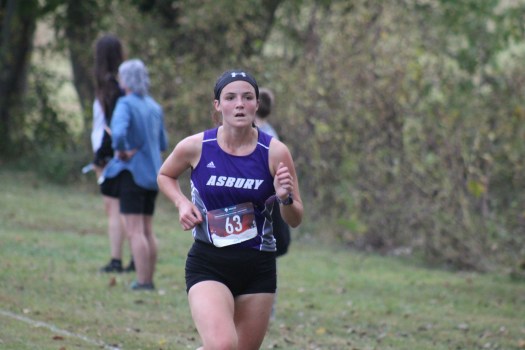 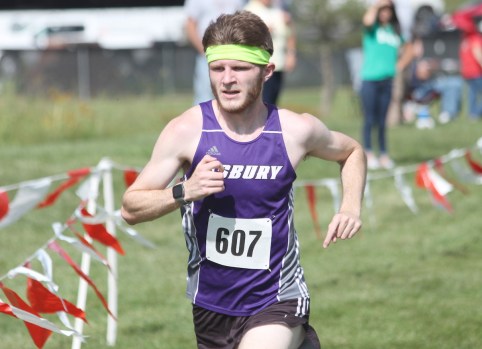 Asbury seniors Justin Spoon and Bethany Hamilton are off to an impressive start as key members of the AU men’s and women’s cross-country teams for the 2020 season.

Hamilton and Spoon, both majoring in psychology, have been named the River States Conference Runner of the Week during the 2020 season.

Hamilton, from Nicholasville, Ky., won the first two meets of the season and recorded her fastest career 5K time at the IU East Invitational. “My goal is to run in the low 19’s by the end of the season and to qualify for NAIA nationals, which has been a goal of mine since my freshman year,” Hamilton said.

Spoon hopes to become the first AU runner to qualify for three consecutive appearances in the NAIA Championship. The Columbus, Ind., native continued the momentum from a strong junior season a year ago by opening the 2020 season by setting a new school and course record in the Eagle Opener. He also earned a first-place finish at the IU East Invite two weeks later.

“This season has gotten off to a solid start for me, especially considering the length of our offseason due to COVID concerns,” Spoon stated. “I had the opportunity to do some training over the summer with some guys back home that are a lot faster than I am, and that work has definitely paid off through the first few meets. I have a lot more work to do if I want to be in the right shape and mindset to compete for a conference title and an All-American spot at nationals, but those are both possibilities that I’m working for right now.”

After a serious knee injury, Hamilton wasn’t sure if she’d ever run again heading into her senior season.

“After having to take most of my sophomore season off and all my junior season off due to a knee injury, I thought my running career was over for good,” said Hamilton. “However, because of God’s healing to my knee, my senior year of cross country has gotten off to a great start, and I could not be more thankful for the opportunity to get to compete one last time.”

Both Hamilton and Spoon have also has been successful in the classroom, earning conference scholar-athlete honors and were named as NAIA Scholar-Athletes.

“My experience as a student-athlete has taught me how to commit, prioritize, and work hard” said Hamilton. “I have loved the experience of just getting to be on a team with people who are so supportive and encouraging both on and off the course.”

“I’m just grateful to have built up the support system of peers, faculty, and athletic support staff that I currently have over my last four years here, and for the intentionality the university has put into ensuring I have the opportunity to compete this fall” stated Spoon.